Although travelers have their own preferences on their favorite and least-liked airlines, some carriers undeniably deliver better quality than others.

There are so many categories to consider when picking the best airlines that stand out among thousands. Skytrax has made a list of its annual rankings to aid travelers determine which airline they should be flying in the future.

Whether air travelers are looking for an amazing economy service, crew friendliness, or even the best airline spa facility, Skytrax has the available data. The awards were presented on July 17 in London, where airline leaders came to receive their awards. Here are the airlines that shone in this year's World Airline Awards.

The award for the Best Airline this year went to Singapore Airlines. The second spot was awarded to Qatar Airways, followed by ANA All Nippon Airways, Emirates, and EVA Air rounding up the top five.

On sixth place is Cathay Pacific Airways, followed by Lufthansa, Hainan Airlines, Garuda Indonesia, and the last spot in the top 10 was bagged by Thai Airways. Noticeably, there is an absence of North American and European airlines as the top spots were filled by services from Asia and the Middle East.

Another award that interest fliers is the Best Low-Cost Airline. For the 10th time, AirAsia has remained on top, followed by Norwegian, EasyJet, Jetstar Airways, and AirAsia X. However, Norwegian, which also won the same award in Europe, stands out in long-haul flights.

When it comes to airline cleanliness and sanitation, ANA All Nippon Airways topped the list. The Cabin Cleanliness category was determined by the reviews of passengers on the cleanliness of carpets, seating areas, cabin panels, washroom, and tables. Other carriers who were recognized for its cleanliness were Singapore Airlines, Japan Airlines, EVA Air, and Asiana Airlines.

In the best economy category — although Japan Airlines shone with having the Best Economy Class Airline Seats — Thai Airways brought home the award. The airline also received a distinction for having the best economy-class catering. Furthermore, Singapore Airlines, Qatar Airways, Emirates, And ANA Nippon Airways were placed in the top spots.

On the other hand, Airhelp, a flight compensation company, has published a ranking of 72 airlines. The company rates the carriers based on the quality of the service it gives, on-time performance, and the claim processing in order to generate an overall score. 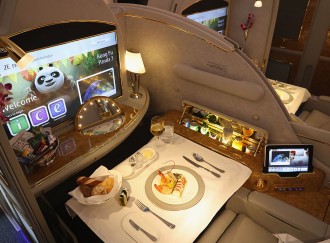 Emirates Named By TripAdvisor As #1 Airline In The World 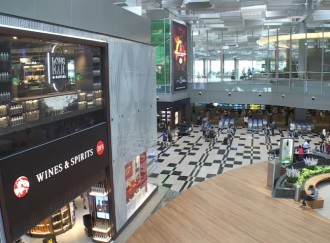 Changi Singapore: An Inside Look At The World's Best Airport 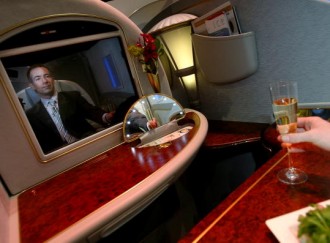