Qatar Airways: The Best Airline In The World For The Fourth Time; Eyes 10% Stake in American Airlines

For the fourth time since 2011, Qatar Airways has been proclaimed as the "Best Airline in the World". The prominent consumer aviation website, Skytrax gave the prestigious award on Tuesday.

Aside from being the best airline for 2017, Qatar Airways was also commended for its outstanding business offering. It is twice in a row that the said airline's business class has bagged the recognition.

Qatar Airways Group CEO His Excellency Mr. Akbar Al Baker said, "I am proud to unveil the future of premium travel with our new QSuite Business Class". He added, "Our unique and patented design is a world first in many ways and challenges industry norms by offering passengers more privacy, more choice, and more personalization."

According to Business Insider, Qatar Airways decided a few years ago that besides having a convoy of seven Airbus A380 superjumbos, the airline shifted to a two-class layout for all of its aircraft. This, in turn, created a hefty invested on the business class as well as economy product offerings.

Qatar has made a comeback with airlines having a business class cabin which is more suitable. As compared to the present business class promotions, the QSuite does not merely focus on one's comfort and accommodation but to progress in group settings as well. Given that the individual sites might appear relatively traditional on the outside, it provides a new height of adaptability and collective ambiance for a private premium seating.

Aside from American Airlines, Qatar Airways is also eyeing other airline companies such as Italy's Meridiana and South America's LATAM Airlines Group. However, American Airlines denotes that there are laws regarding foreign ownership that regulate the overall percentage of foreign voting interest which is 24.9 percent.

Airbus A380: World's Largest Passenger Aircraft Gets Bigger And Better...

Qatar Airways Would Have Least Of The Problems In Proposed Expanded ... 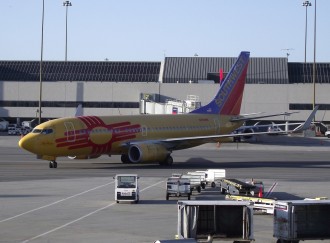