Following streams of bad news regarding animals on planes, a JetBlue cabin crew saving a dog's life seems like a breath of fresh air.

Darcy, a French bulldog onboard a flight from Florida to Massachusetts started showing signs of pain. According to its owner Michele Burt, the dog was having trouble breathing and its tongue started to turn blue.

Burt wrote a heartfelt letter to the airline on Facebook where she said that everyone is affected by the pressure on the cabin and the oxygen fluctuations. She added that the attendant's fast response and attentiveness to the situation was the reason why her pet's life was saved.

What Happened To The Dog

The airline crew came to the dog's rescue with an oxygen mask. The photos have gotten viral on social media, which shows the canine being treated for hypoxia.

Although the photos of the dog are adorable, the illness is serious. It happens when blood fails to carry enough oxygen to the tissues to meet the needs of the body.

According to Renaud Fenster, a crew member, he had never seen a case like what happened in the duration of his 15-year career.

Fenster told Good Morning America that he was passing the cabin to check on a passenger when he noticed that Michele had her dog out and the canine did not look well.

The cabin crew said that the dog was panting rapidly, and because he owned a French bulldog himself, he immediately knew that the canine needed ice. However, it did not do any help.

He then realized that they needed oxygen to support the animal. After calling the captain and getting a go signal, he placed the oxygen on the dog and it showed improvement after.

The owner said in her Facebook post that after placing the mask on her pet's face, the dog became alert once more after a few minutes and did not want the mask anymore. Furthermore, she added that she does not reduce the life of Darcy just because she is a dog.

Burt thanked the airline for rescuing her dog and wanted to remind other people that there are still good individuals who are doing amazing things daily even if it is in small ways.

JetBlue said in a statement that it wants to ensure that every one on the aircraft has a safe and comfortable flight, including pets. The airline added that it is thankful for the crew's fast thinking.

Ryanair Passenger Fined, Harassed, and Shamed For Peeing In A Bottle ...

Southwest Airlines Pilot Showered His One Millionth Passenger With ... 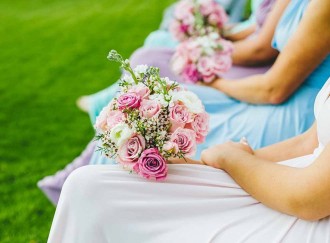