The Cheapest Taxi Fares In The World Revealed

Sitting in the backseat of a taxi while mentally counting how much money there is left on one's wallet is a scene that is very familiar with most people, especially when visiting a foreign city.

The question of getting scammed sometimes linger as the meter keeps on increasing. Riders never know how much the ride will cost until they reach their destination. This adds to the enduring bad reputation of taxis for being overpriced. However, business accommodation website, Silverdoor Apartments, has released a Global Taxi Price Index that is beneficial to commuters.

The said price index exposes and compares the costs of taxis in 50 capital cities around the globe. It also includes important factors such as the base rate and the corresponding cost per mile.

The price index confirmed that the cheapest major city to get a taxi is in Cairo, with the cost of a mile ride being $0.45, and city with the most expensive cab fare was in Bern, Switzerland which costs $13.95 per mile.

All cities on the top of the list had a cost per mile that did not go above $2, which is good news for people looking forward to visiting those areas. After all, while walking around to explore a new place is nice, a cab is a better choice to rest one's aching feet at the end of the day, especially when lugging around tons of souvenir items.

The most expensive cities that ranked in the index were Helsinki, Finland, Tokyo, Japan, London, UK, Oslo, Norway, and Bern, Switzerland. Washington D.C. placed in the 32nd spot.

Another price index published by Carspring, an online car dealership, also reflected the same findings with Cairo having the cheapest cab cost and Bern, Switzerland, having the most expensive cost.

Now, people check out the price index before traveling to make sure that cabbies don't charge them with a high price they think they can get away with. However, for people visiting Bern, walking or taking the tram might be a better alternative to save on cash.

Benidorm The Priciest Tourist Destination For Hotels, Pricier Than ...

Millennials Are Prioritizing Travel Than Material Possessions And ... 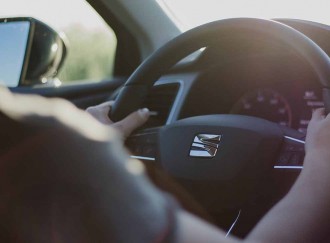 Lyft May Add A Feature Letting You Tell Your Driver You Don’t Want ...