Canada’s Endangered Places: Visit The Places Before It’s Too Late

Canada's endangered places are sceneries, wherein despite their cultural and historical values they are nearly disappearing because of neglect, lack of financial support, inappropriate development lacking legislation. The National Trust aim to restore these places by uplifting the place's importance in order for the government and citizens to make a way in order to partake in each of the places' survival.

National Trust for Canada has been releasing a yearly list of the country's endangered sites.The places were chosen according to three categories; the place's importance, severity of the damage, and efforts done to maintain the place. The 2016 Canada Endangered Places includes the following as supported by Yahoo Finance and HuffPost British Columbia:

Vancouver's China Town- Inconsiderable development is against the cultural nature of the place. Without any control of new development, Chinatown's authentic character and service to tourist will be totally lost.

Saint Stephen Post Office National Historic Sites. The national trust voted for this place in accordance to its demolition in February 2016. This place was completed in 1887 but the historical restoration is still neglected.

Harbour Grace Court House- This building was actually repaired however it failed because of wrong maintenance. The province's budget maybe was too short in order to compensate the repair of the building.

Former Royal Alberta Museum- The place was opened in 1967 but suddenly closed in December 2015. The Alberta Government plans to turn the place into green space but the Trust Committee suggested to just use instead of the place adaptively or other recreational activities.

Kill Hell & Evil, Visit The Most Sacred Place On Earth

Take A Tour In Chocolate Producing Countries; Which Country Has High ... 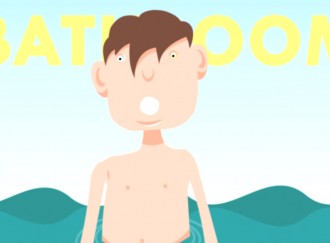 Swimming Pools May Contain Up To Contain 75 Liters Of Urine