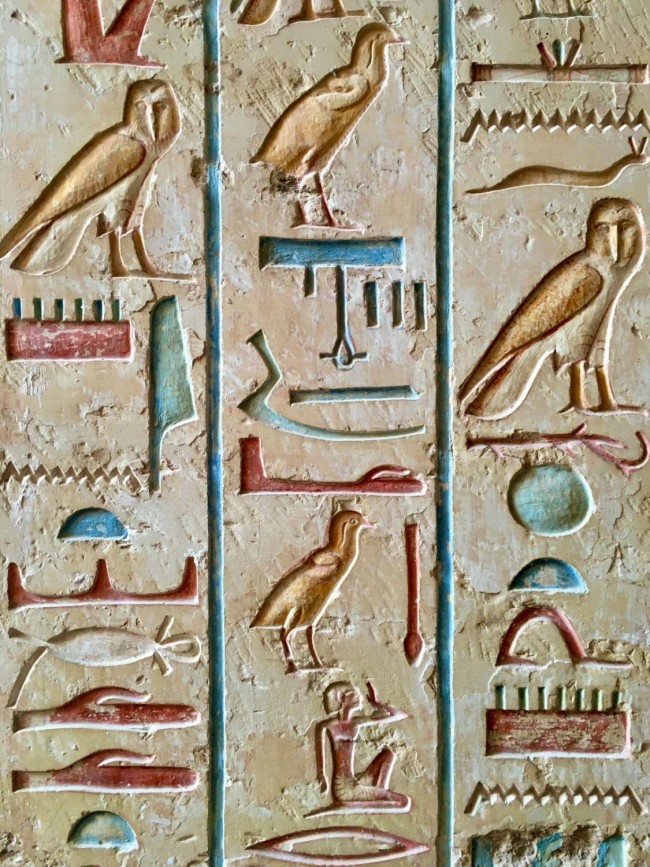 There are various historically significant Egyptian symbols, including the ankh, the eye of Ra, the Eye of Horus, the Egyptian winged sun, and the feather of Maat.

Ancient Egypt holds both cultural and historical significance. The cultural practices and history are expressed through various Egyptian symbols, and these symbols tell us stories about the lifestyles of ancient Egyptians.

The symbols express the teachings and stories of Egyptian gods and men, connecting the physical and the spiritual realms. Each of these symbols played a vital role in the development of the Egyptian civilization.

Now, let us look at some of these ancient Egyptian symbols and understand the meaning behind them.

This is one of the most popular symbols of ancient Egypt, and those who have seen a lot of movies must be familiar with this symbol.

The Eye of Ra is believed to be the right eye of the Egyptian sun god Ra. Ra is the strongest of all the gods and goddesses, and the Eye of Ra symbolizes great power and strength.

The eye of Horus also had a similar meaning to the eye of Ra. The eye originally belonged to Horus, the sky god of Egypt. After the death of his father Osiris, Horus ruled over Egypt. His eye is said to be able to see everything, which made it easy for him to rule. And so, it symbolizes kingship, power, and the ability to overlook everything.

4. The Feather Of Maat

The feather of Maat symbolizes justice, truth, order, balance, and the law. This is because Maat is the goddess of order, harmony, law, balance, morality, truth, and justice. And the feather in the symbol is one of the many feathers in the wings of Maat, with which she flew over Egypt and maintained order and justice.

The Ouroboros is a symbol that represents rebirth and the cycle of life. The symbol has a circular serpent that seems to be eating its own tail, and there is a sun in the middle of the circle.

And so, the symbol has a similar meaning to the eyes of Ra and Horus, meaning it symbolizes divinity, royalty, and power. The symbol is sometimes used in garments because some Egyptians believe it is also a symbol of protection.

The Djed, also known as the backbone of Osiris, is a symbol that represents four pillars. It is said that these four pillars are located on the four corners of Earth.

These four pillars hold this world and prevent it from collapsing into the afterlife. This is why the Djed represents strength and stability.

It is often depicted as female genitalia, which symbolizes fertility, motherhood, and the beginning of a new life.

Most ancient civilizations had a tree of life. The Norse had Yggdrasil, and the Egyptians have their sacred Ished Tree Of Life.

This great tree is the source of all life, and anyone who is blessed by the tree receives eternal life and the knowledge of the universe. And so, the tree of life symbolizes immortality, wisdom, knowledge, creation, and life.

This is also a well-known and popular Egyptian symbol. It is said that this symbol is connected to the sun god Ra, and the sun will protect anyone who wears this symbol.

This is why this symbol was worn by all Egyptian kings. It is also etched into all tombs so that even the dead can be protected by the sun in the afterlife.

The Hekha and Nekhakha, symbolized by a crook and a flail, are used to represent kingship and the authority to rule. The god Osiris used these symbols to showcase his authority over Egypt when he was the king.

The word Hekha means to rule, and so, the symbol Hekha and Nekhakha mean kingship, power, royalty, and authority.

The scarab is also a very popular symbol. If you have seen the movie "The Mummies", you must be familiar with this symbol. It is symbolized by a large dung beetle.