Why Egypt on the Top List for Tourism to Traveler in 2020? 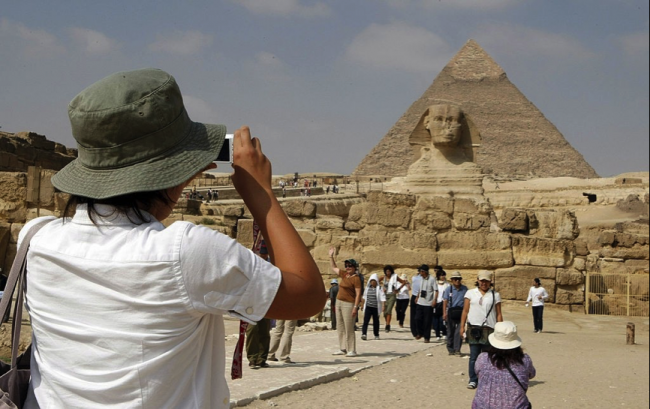 The Egyptian tourism industry is set to begin a new chapter and reach new heights as it was declared as one of the top destinations for travel in 2020. Egypt has been featured on countless international newspaper and surveys titled as one of the best places to visit, also as one of the most famous and read media source in Britain "The Independent" named Egypt as one of the top travel destinations in 2020 which has become a habit of some sort in the last three years. The independent is a trusted source for travel and tourism experts and travelers from all over the world. Plus, the American Luxury travel agency known as Abercrombie and Kent were among the various company that chooses Egypt on this list.

In 2019 Egypt achieved the ultimate comeback story in 2019 in the world of tourism. Egypt is becoming more and more recognized as is the place to travel to in 2020 as the it as tied for the list for the top spots in the list of emerging according to the results of annual travel trends survey which is released by the "USTOA" which stands for United Stated Tour Operators Associations along with Colombia and Croatia. The economical forecast of Egyptian tourism has increased up to 16.5% with a profit from 3.931 bn in 2018 to 4.194 bn USD in 2019 which indicated another massive rise coming in 2020.

In September 2019, Egypt won the UN world tourism organization for its efforts in tourism which started as a partnership with Egypt's ministry of tourism with Jeremy Jauncey's beautiful destinations which features a promo film called "People to People" showcasing all that Egypt has to offer to its travelers. All the tour guides across all the Egyptian lands have been working effortlessly to follow the regulations of USTOA & the Egyptian government and provide all the visitors with the most magical time.

A Shout Out from the Global Media

One of the most incredible news coming in 2020 in an article by "The New York Times" placing Egypt number 17 on the top 52 places on going in 2020.

Also, "The National Geographic" has recommended Egypt as the place to be for history lovers and explorers.

BBC Travel has stated that Cairo is an immortal gem worthy of exploring filled with unique and beautiful entities that go back to more than 4000 years across Pharaonic, Greco-roman, Coptic, and Islamic.

Also, Forbes recognized Egypt as the place to be in 2020 for an ultimate, complete, luxury Vacation.

The reason why Egypt was featured on all these international news outlasts is simply Egypt has everything a traveler could ever imagine enjoying Egypt vacation from historical attractions of Cairo like the famous Giza Pyramids Complex that holds the Great Pyramid of Khufu, the Sphinx, a number of incredible Coptic and Islamic that became the reason why the city became known as the city of minarets. All the way deep in southern Egypt is the immortal golden cities of Luxor and Aswan where the greatest exploration tour in the world is in your grasp within some of the oldest monuments ever built like the Valley of the Kings, the Karnak Temple Complex, Hatshepsut Temple, Philae Temple, Abu Simbel Temples, Edfu Temple, and many more hidden wonders. The Red Sea of Egypt is also the main attraction as the coastal city resorts of Hurghada and Sherm El Sheik offer the clearest vision of tropical beauty accompanied by a number of entertaining aquatic activities.

One of the main reasons why Egypt is expected to win big in tourism in 2020 is because of the grand opening of the Grand Egyptian Museum in the last quarter of 2020 which made Cairo on the place to visit in 2020 according to the Insider.  The inauguration is expected to be one of the biggest museums in the world across 500,000 square meters filled with nearly 100,000 objects which include 5000 artifacts of King Tutankhamen and about 2000 ones which will be showcased for the first time. Also within the museum is various means of entertainment such as cinema, market shops cinema, traditional arts & crafts center open-air theatre, book shops, restaurants, and cafes.

One of the main reasons why Egypt has been on the top travel destination for the last three years is because of the level of security and stability. As Lonely Planet stated in Egypt's safety Despite the major security measures, all the visitors should be very vigilant and aware of every move around them. The disappearance of the social unrest can be traced back to the strong military and police presence at most of all the tourist destinations plus all airports and train & bus stations which lead to the entire crime rate to hit an all-time low stability and prosperity which resulted in the rise of the number of tourist to more than 10 million travelers at the end of 2019.