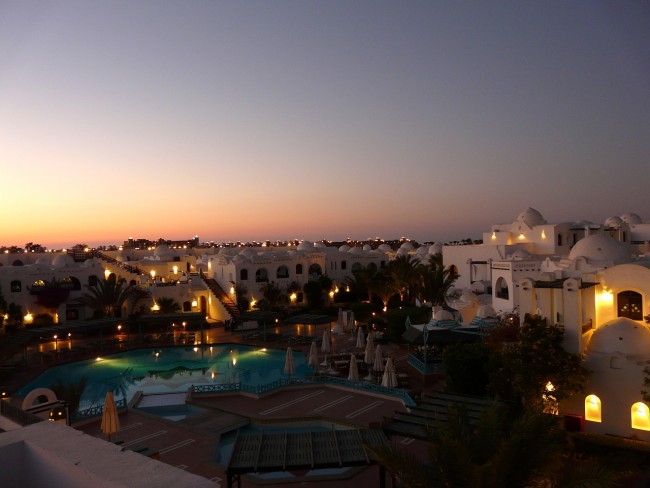 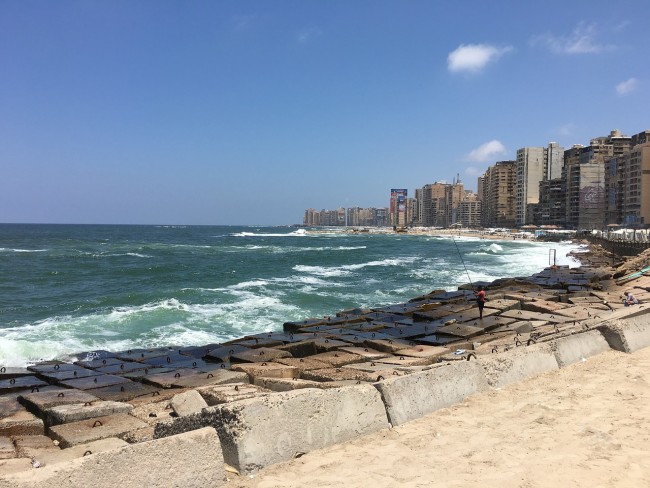 With a captivating history that stretches back to the dawn of civilization, Egypt is widely considered the oldest tourist destination on earth. Ancient Egypt, before its collapse some 1700 years ago, was the Land of Pharaohs. Monuments such as the mythical Giza pyramids, the Great Sphinx, the ancient temples of Luxor, and numerous royal tombs in the Valley of the Kings, stand as a tribute to all the Egyptian who once reigned in this ancient territory.

Although the focus for traveling junkies in Egypt remains Nile Cruise Vacation, the possibilities for travel can also include diving and snorkeling along the Red Sea coast. Other adventurous things to do during a holiday in Egypt include visits to the Coptic monasteries of the Eastern Desert, tours to remote oases, or camel trips into the mountains of Sinai. Wondering what the best time to concoct an itinerary to Egypt is? Fret not, Egypt is a year-round tourist destination. Here are five unmissable destinations that people visiting Egypt must experience.

Cairo is, without a glimmer of doubt, one the world's greatest megacities. It's beautiful as it is crazy, as rich in history as it is half-decrepit-this city tends to create a sense of love-hate feeling for people who visit. The sheer noise, bewildering traffic, and pollution are assaults to your senses, but a look beyond the craziness of a modern-day conurbation will reveal a beauty and historical richness that span centuries. Full of potency, Cairo embodies what it means to be Egyptian. True Egypt tour packages aren't complete without a stay in the city Arabs term as Umm al-Dunya (The Mother of the World).

Some of the best tourist attractions sites in the city include Museum of Islamic Art, Giza Pyramids, Egyptian Museum, Al Azhar Mosque, Sharia Al Muizz Li Din Allah, Khan Al Khalili, and Mosque-Madrassa of Sultan Hassan, among many others. If it's the ancient ruins that attract you to Egypt's capital, carve out some time for the archaeological sites of Saqqara, Memphis, and Dahshur. As the dusk sets in the city's sandy terrain, enjoy the monuments glow in the orange light of the setting sun as you relish a felucca ride on the Nile. Cairo is truly jam-packed with lots of activities. 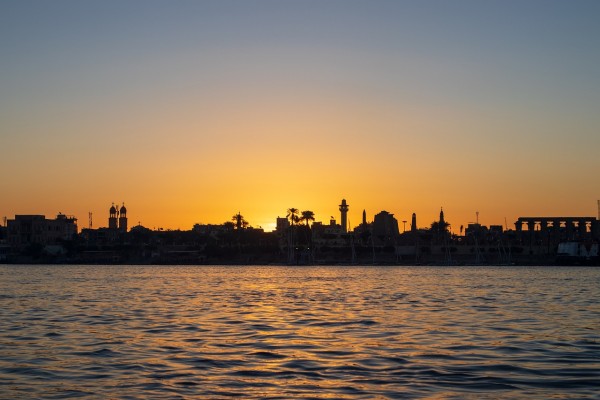 Luxor stands above and beyond other major towns in Egypt when it comes to the sheer wealth of tombs and temples. This was the famous site of ancient Thebes, the great city of the Middle Kingdom and New Kingdom pharaohs, who covered the banks of the Nile River with their gigantic building works. They also established vast tomb designs snuggly hidden within the rocky valley of the West Bank. Their work is greatly showcased and best appreciated in the splendid Karmak Temple complex, but there are numerous other attractions here that one could spend an entire week simply soaking up the panache and sumptuousness.

For a crash course in Egyptian history, before exploring Luxor's ruins, visit the Luxor museum. Once you soak up all the artifacts and mummies in the museum, go and enjoy the town's famous tombs and temples. Although you might need more than three days to explore everything here, must-see sights must include the Karmak Temple Complex, the Temple of Hatshepsut, and the Valley of the Kings. 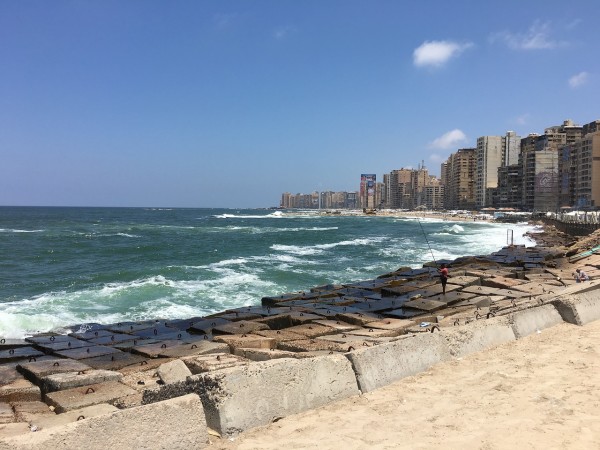 Bursting with ancient history, Alexandria was founded by one of the most prominent early figureheads, Alexander the Great. This fascinating city sits on Egypt's north coast, slurped up at the beautiful Mediterranean Sea. Founded some 2500 years ago, Alexandria has come a long way; its former glory still shines bright today, with a mixture of modernity creating an inimitable ambiance that has to be explored fully to be understood.

The city features a wide variety of underwater activities, lots of other excursion options, and has plenty of nearby beaches for travelers to relax and make merry. More than any other major city in the country, Alexandria provides that unique days-gone-by atmosphere that can't be felt anywhere else and that history fanatics shouldn't miss. From the late 19th century up until the 1950s, this city was something of a bohemian bad boy, with a dazzling cast of artists, poets, and writers making this territory their home. While here, you might want to check out Alexandria New Library, Pompey Pillar, Catacomb of Kom El-Shoqafa, Montazah Palace, and Qaitbay Citadel. 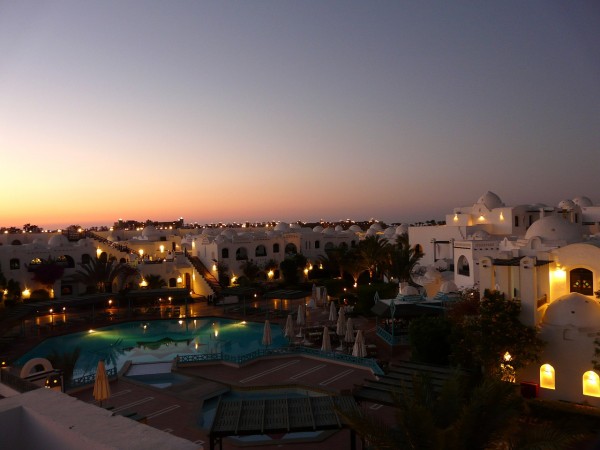 Hurghada is Egypt's oldest and most illustrious resort. Offshore is the flamboyant and bizarre Red Sea world of coral and fish life that has introduced the city into the world, while on the solid ground, the once small fishing village has now bourgeoned into a popular resort city that caters directly to tourism. For most tourists today, Hurghada is a winter-escape destination that treats visitors with its eye-catching sandy beaches and blue skies that make it a year-round attraction.

It has also become popular as a family holiday destination thanks to numerous family-friendly resorts and hotels and an abundance of water-based fun activities such as scuba diving, sailing, windsurfing, and deep-sea fishing. Not only is the city ideal for such activities and relaxing, but it is also famous for its vibrant nightlife and extensive shopping opportunities. If you're planning a visit, this small city shouldn't miss in your itinerary. 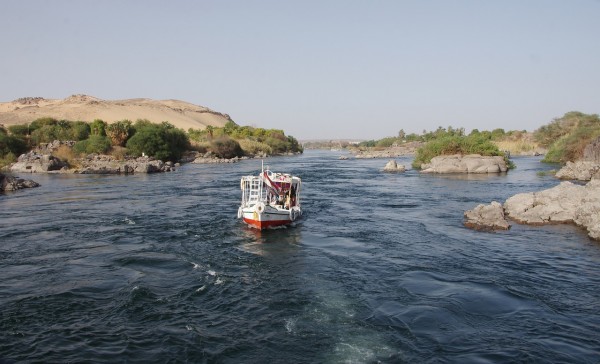 It's always difficult to pick favorites, particularly in a country as mind-blowing as Egypt, but in a list of five mystical places to visit in this formidable country, Aswan shouldn't miss. This Nile-side city is in the south of Egypt and is as relaxed and chilled as it is chockfull of incredible attractions. Not only can you learn about ancient Egypt in this city with lots of archaeological and historical sites, but you can also find peaceful Nubian villages and experience some of the best views of the Nile-the perfect contrast to super urbanized and populated cities of Cairo and Luxor.

From the utterly mesmerizing temples of Abu Simbel and Philae to the peaceful boat rides of Elephantine and Kitchener Island, Aswan packs it all. If you are planning an exotic Egyptian vacay, make sure you explore Aswan and its historical treasures, sunset panoramas, thrilling Nile cruises, chilled-out vibes, and delicious kebabs.