United Airlines is making efforts to give flights to immigrant families who were recently united with children which has been separated at the border.

Pro-immigration activist group FWD.us has announced the donation of the U.S. giant carrier in a Facebook post, calling it very wanted, timely, and critical. In the post, the group said that the community is coming together to support the families who were separated at the U.S. southern border.

Additionally, the group stated that it is very thankful and ecstatic to announce that United Airlines is joining in and helping. Because of this partnership with the airline, the group will be able to provide help in form of travel to the recently reunited immigrant families for them to reach their next destination with dignity.

Furthermore, United added in a comment on the Facebook post that the company's purpose is to connect people and unite everyone in the world. The airline is proud to jump in to the group's work to aid in reuniting immigrant children and their families.

United's move has gotten countless positive feedback on social media. Actress Piper Perabo even thanked the airline in a tweet saying that they made the skies even friendlier.

Additionally, Refugee and Immigrant Center for Education and Legal Services, or RAICES, has also announced its $3 million donation toward the Flights for Families project.

RAICES is one of the key groups that are working to reunite families at the border. It also announced that it will work with Families Belong Together and FWD.us on the cause. FWD.us was founded by Bill Gates, Mark Zuckerberg, and Drew Houston.

The Trump administration has stated that it will reunite all the eligible separated immigrant children who are 5 years old and above with their loved ones on or before the court-ordered deadline.

ACLU, or the American Civil Liberties Union, also claimed that the Trump administration has not met the deadline because hundreds of immigrants were deemed ineligible or deported before they could be united with their children.

Numerous airlines, including United, has previously announced that it would not allow to be the mode of transportation for federal authorities to get migrant children away from their own families.

Moreover, last month, President Trump signed an executive order to end his policy of separating immigrant children from their families at the border, which was a product of his administration's "zero tolerance" immigration policy.

What You Need To Know About The New ‘Premium Economy’ Cabins From ... 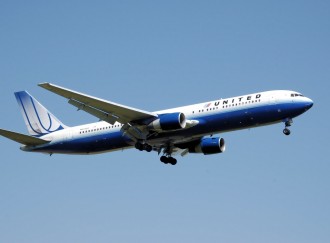