Adding to the list of places to visit in South Korea, the Seven Buddhist monasteries located in its mountains have been added to the UNESCO World Heritage List.

The Buddhist mountain temples are situated in the country's southern province. The breathtaking place has been given the prestigious award by the United Nation's cultural branch because it contains certain characteristics that can only be found in South Korea.

Jong Min, a monk who belongs in the Jogye Order, is very happy with the news, especially because all of the seven temples were given the award together.

UNESCO stated that each of the temples in the area has a one of a kind cultural and religious significance to the region. The organization added that it contains a big number of individually extraordinary shrines, documents, objects, and structures.

The monasteries are known as Sansa. One of its unique features is the "madang," or the open courtyard, which is surrounded by four buildings, a dormitory, a lecture hall, a pavilion, and a Buddha hall.

The said temples were built during the seventh to the ninth century. It was described by the award-giving body as a sacred place that has survived as a living center of daily religious practice and faith up to the present.

According to a website for the monasteries, it has a difference from those which are located in other countries because it was shaped by the fusion of Buddhism and indigenous religions.

This also explains that as Confucianism became the most common school of thought during the 14th century, the only Buddhist temples that endured were only the ones which are situated in the mountains.

The monasteries that were added to the list are known as Tongdosa, Buseoksa, Bongjeongsa, Beopjusa, Magoksa, Seonamsa and Daeheungsa.

For people who want to immerse themselves and take part on an official program, which will let them spend a few days at the monastery to know the Buddhist daily life, they can check out Templestay. Magoksa and Beopjusa are listed on the website.

Buddhism began in Korea during the fourth century where it was recognized as the national religion of all the three ancient kingdoms, Goguryeo, Baekje, and Silla, for over a thousand years.

Due to the traditional respect given to the mountains and the Zen focus on meditation in a tranquil environment, monasteries were built on many hilly regions.

Starbucks Is Now Selling An Avocado Frappé, But You Can’t Buy One

Another US Citizen Is Detained In North Korea

Best Airports In The World For 2017

The Largest National Rainforest Park In The World Is In Colombia 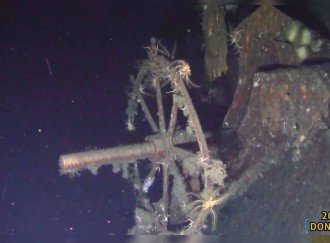 Newly Discovered Shipwreck Believed To Contain $130 Billion Worth Of ...