Starbucks Is Now Selling An Avocado Frappé, But You Can’t Buy One

Avocado lovers all over the world are ecstatic over one of Starbucks' amazing blended beverage. The bad news is, it's only available in South Korea.

The avocado fever is getting more intense as the famous coffee chain announced its new frozen drink called the Avocado Blended. With its vibrant lime green color and faux pit on top, it looks ready for Instagram.

The summer drink was first introduced three years ago. The returning Frappuccino features a dark green rim that mimics the avocado peel along with a chocolate pit to make it look like that of the fruit. Along with the avocado drink, Starbucks also introduced the "Cool Pineapple Fizzio," which sounds equally as refreshing.

While Americans are most likely satisfied with the offers of Starbucks in the country, they are still missing out of many quirky menu items in the coffee shop's international branches, which includes Purple Yam Cheesecake and Dragon Dumplings.

The creamy seasonal drink has been revamped due to popular demand in South Korea and became available since June 26.

Those who are planning a trip to Korea surely need to stop by Starbucks to get a taste of this refreshing beverage. Without a doubt, it will become the star of one's social media accounts. Meanwhile, the rest of America also has two new flavors introduced by the world-famous coffee chain last May.

Fans of cold beverages in America are also treated with the new permanent additions to the Starbucks menu — the Ultra Caramel and the Triple Mocha Frappe. The ice cold drinks will surely be a hit especially on hot summer days.

The drinks have a cold brew whipped base, which is not similar to a typical frappuccino. The cream of the new drinks has an infusion of magnificent dark caramel sauce, white chocolate mocha sauce, and cold brew.

From there, the triple mocha drink is added with a layer of dark mocha sauce and topped with a standard mocha frappuccino. The finishing garnishes involve a rich layer of cream, mouth-watering dark mocha drizzle.

Americans may not get their hands on the avocado drink, but the two additions are enough to appease their cravings.

Yup, Starbucks Knows About The Matcha Tea Hack And Is Not Happy About ...

World's Largest Starbucks Will Be Opening Soon In Chicago

Starbucks Must Get Its Coffee 'Right' Before Opening Italian Branches 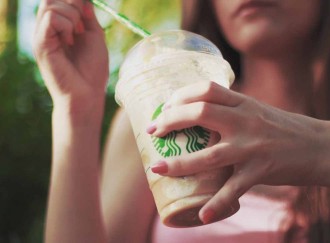 Starbucks To Open Its First Deaf-Friendly Branch In Washington, DC