Yup, Starbucks Knows About The Matcha Tea Hack And Is Not Happy About It

Saving money is an utmost priority these days, and some Starbucks customers who can't sacrifice their specialty drinks found a way to save cash on the famous chain.

The company caught the "matcha hack," which has gotten semi-viral on Instagram a couple of years ago. Starbucks has now instructed its stores to charge people accordingly for the bootleg drink, which it now calls custom iced tea.

However, not all Starbucks branch has gotten the memo and are still being scammed by those who want to try the hack.

How To Create The Drink

Baristas all over Starbucks are taking notice of scammers because of the rise of one particular request. Customers have been ordering two scoops of matcha in ice water which only costs $0.80, instead of ordering the $2.75 green iced tea.

Not only that, a number of Instagram accounts such as My Starbucks Secret has gotten viral for sharing secret recipes customers can get on the famous coffeehouse chain.

Starbucks has released a number of new beverages such as Summer Sunrise and Summer Sunset, which it described in its website as a drink that's perfect for long and hot summer days. The two cold foam tea lemonades will surely refresh people with its multi-layer combination of tropical lemonade and pineapple infusion with a velvety cold foam that contains Passion Tango herbal tea.

With its new drinks, one might think this is to lure its clients away from trying the hack. Costing $3.75 to $5.75, the decision to order the new beverages instead of the $0.80 hack will depend on the customers.

For people who still want to scam the popular coffee shop's baristas, proceed with caution. A Reddit thread of baristas who have gotten whiff of the scam is filled with comments about how they shut the hack down.

One Starbucks employee said that when someone tried to order the matcha hack, the barista immediately told the customer that it's a custom iced tea. Another one reported a customer who tried to trick a new employee assigned on the register.

"My favorite response to 'the other store does it...' is 'Oh, thanks for making me aware. Which location is that? We can give them a call to ensure our prices are consistent!'" said another barista.

Cliff & Pebble found out that Starbucks lovers are spending around $1,200 to more than $1,500 on drinks annually and advised people who want to save money to invest in an espresso machine and grinder. Although it might seem expensive at first, people will eventually save thousands of money in the long run.

World's Largest Starbucks Will Be Opening Soon In Chicago

Starbucks Must Get Its Coffee 'Right' Before Opening Italian Branches 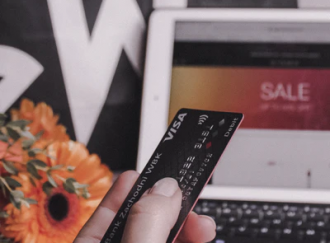