On August 21, 2017, the world would see the beauty of the universe that approaches only once a blue moon -- or in this case a blackened moon. The 2017 solar eclipse could last only for two minutes and these five locations can make the travel exciting and offer a great view before the big event in the sky.

Solar eclipse chasing will be big in the United States for 2017. For those living in Oregon, Salem is the ticket. According to Travel and Leisure, the Salem Fairgrounds and Expo Center offers tickets to tour the Capitol's tower -- which if timed right could lead right into a spectacular above-ground view of the August solar eclipse.

Travel and Leisure also suggests visiting Montana, specifically the Italian Peak. The report said that climbing high the Italian Peak is for experienced campers, hikers and backpackers. A bit of training makes this trail a great experience -- topped off by an amazing show in the sky.

According to EarthSky, the Snake River Valley of Idaho is the best place to be if one wants to see the solar eclipse in the morning. Before 11 in the morning, solar eclipse hunters must at least stay stationary in an open farmland. EarthSky compliments Idaho's spectacular August weather as a great contributing factor to truly see the eclipse.

If in Nebraska, climb the sandhills and stay there before lunchtime. Eat an early lunch and -- supported by EarthSky data -- do not bring an umbrella. The astronomic science website claims that 70% of August's last two weeks guarantee clear skies that even those on the road could see the eclipse happen while traveling -- which sounds like a good road trip plan.

Get a feel for the countryside in Kansas' Atchison and if solar eclipse hunters feel the need for more detail, reports suggest that you bring a telescope with great magnification. The open skies would darken by 11:40AM and with a great telescope in tow, one can see the details of the sun and moon collide together as the light fades temporarily.

Top 5 Countries That Once Worshipped The Sun

Best Travel Recommendations For US In 2017 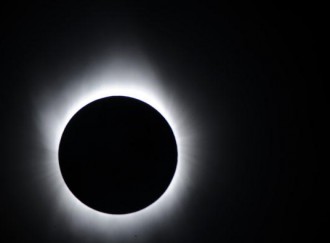