$69 Flights To Europe To Be On Sale This June

European budget carrier Norwegian Air is soon going to introduce offers as low as $69 one way by this June. This will be between airports in the East Coast of US and Europe. The announcement was made by Norwegian Air CEO Bjorn Kjos.

According to Kjos, more people will start flying,the fares go lower, but the volume increases. One of the routes will be between Edinburgh and New York, and between Ireland or Scotland and the U.S. East Coast. The airlines plan more with routes to England, Scotland, Ireland and Norway.

In May, Norwegian Air will acquire its first new 737 MAX, the new Boeing narrowbody jet. The new Boeing 737 MAX is the newest variant of Boeing's best-selling 737 narrowbody. It has new engines and aerodynamic improvements. Utilizing the smaller single-aisle 737 MAX for international routes will allow it to keep costs low and offer fares as affordable as $69 one way on its service between the USA and Europe.

Kjos added that that this will happen as soon as they get the DOT approval and overcome opposition from U.S. airlines and unions. The big US airlines and pilot unions have accused Norwegian Air of unfair competition by paying lower wages. Kjos vehemently denies that, saying his American crews are paid U.S. wages.

"We'll have almost 1,000 crew members in the U.S. by the end of this year. We are flying millions of European tourists into the U.S. We are creating a lot of jobs. And we fly Boeing aircraft," Kjos said, as reported by Seattle Times.

Internet Sensation Danielle Bergoli Kicked Out Of A Spirit Airlines ...

On Trump’s Travel EO: Ethiopian Airlines Still Does Well Amidst US ...

Five Budget Airlines To Watch Out For This 2017 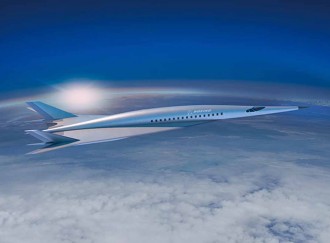 New Concept Jet By Boeing Could Take You From New York To London In ...