Five Budget Airlines To Watch Out For This 2017

One of the particular concerns that avid travelers would often consider for their 2017 vacation is the airline expenses. According to an article published by Money, the fourth quarter of the 2016 finances generally did not generate enough favorable profit to keep ticket costs on the level. Case in point: the airline company Delta experienced 35.5 percent profit decline in line with the new labor contract for pilot salary.

Companies like these would pretty much resort to what they can control, their own ticket prices. Fortunately, not every airline company is experiencing huge financial difficulties that forecast increased ticket prices. These are the following low-cost airlines worth noting.

Aer Lingus. Whoever says the Luck of The Irish is doubtful could be proven wrong when choosing Ireland's national carrier. Since the last 57 years, this budget airline has not suffered any fatal accidents. This company remains to be one of the low-cost airlines belonging to the prestigious International Airlines Group (IAG).

JetBlue. The leading budget airline company in North and South Americas has always been very close to the hearts of average travelers from the United States. Apart from having a flawless zero disaster record, JetBlue has been nominated as the best budget airline companies by AirRatings.com.

HK Express. Anyone who has plans to visit China or Hong Kong ought to fly with the HK Express. Since 2011, this company remodeled itself by adopting a fleet of low-cost airlines that travel all around Southeast Asia.

Vueling. As one of the renowned low-cost airlines in Europe, the Barcelona-based Vueling is also a part of the exalted IAG. Like HK Express, Vueling was also founded in the year 2004. Now it is the biggest budget airline in Spain.

Jetstar Asia. Aside from HK Express, another favorable choice for an economical flight cost bound in Southeast Asia is Singapore's subsidiary budget airline under the Jetstar Airways. Choosing this plane could be the start of the best 2017 vacation in Thailand - often nominated as one of the top 3 destinations in the region.

Asia To The US On The Cheap: AirAsia Becomes First Low Cost Airline ...

Best Tips for a Cheaper Travel this 2017 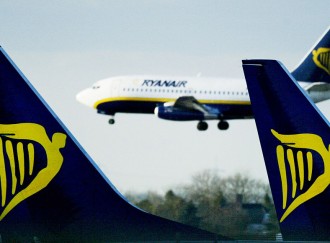