Almost a year and a half had passed since terrorists shot down Metrojet Flight 9268 shortly after taking flight. The incident had killed 219 Russians out of the 224 passengers who died. Due to security concerns and the civil unrest happening during that time, Russia had issued travel warnings against traveling to Egypt. But as the bans possibly lift in the next few months, Egypt's government and Tourism Ministry are eager to win back Russian patrons who make up 40% of their travel economies.

According to Sputnik News, Egyptian officials have tasked officials to provide maximum security levels for Russians and even have Russian experts be present in all Egyptian airports. The news website cited Mahmud Abdel Jawad, an Egyptian expert, saying Egypt "sorely misses" Russians as they play a huge role in the country's travel economy.

He said Egypt would greatly improve its tourism sector once it receives word that Russia's travel warnings and air restrictions against it are lifted and he speculates that the ban lift "should happen as soon as possible."

Egyptian tourism has dipped low in 2016 compared to figures in 2016. According to The Middle East Monitor -- citing information from the Egyptian Government's Central Agency for Public Mobilization and Statistics (CAPMAS), the country had 8.1 million tourists in 2015; this year it only had 4.8 million. CAPMAS also attributes the fall towards the decline of Russian travelers into the country. British, German and Italian travelers have also declined in number compared to their travel volumes last 2015.

In 2010, Egypt has reached the peak of its travel performance with a record number of 14.7 million visitors. Egyptian travel experts and historians said if the tourism sector continues to do poorly, funds to help maintain its vacation spots, particularly its heritage sites, would be difficult to find. Egyptian heritage sites such as the pyramid and ancient tombs require 38,000 on-site personnel for maintenance alone.

A 5,000-Year-Old Nativity Petroglyph Found In Egypt, Predates Jesus By...

The US Department Of State Has Warned Americans Visiting Egypt Of The ... 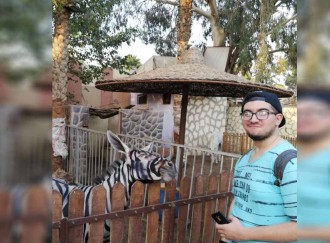