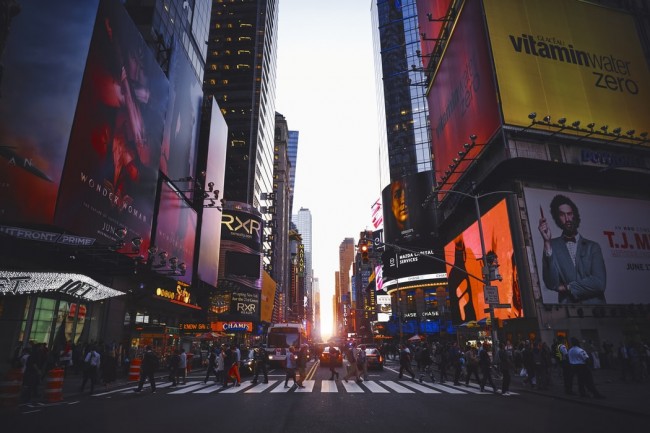 There's no other city in the world like New York City. After all, it is the city that never sleeps. Since this city offers so many opportunities to people from all walks of life, there are also more businesses than the average person can keep up with. This means that business owners have to be more creative to stick out from the competition.

Since every business owner in New York has a lot of competition, advertising companies have used new tricks and methods to make their campaigns stick out. This has led to New York being the billboard capital of the world. Their billboard game is so intense that even tourists take notice.

Many tourists have fallen in love with the different billboards they see in New York City. Other cities across the country don't have nearly the same outdoor advertising New York has among its streets. Here are five reasons why you'll miss New York billboards when traveling.

Since businesses in New York have so much competition, they are forced to be more creative with their billboards to grab viewers' attention. These creative billboard ideas grab the viewer's attention and serve as entertainment for them while they wait. When a billboard grabs your attention, you're more likely to still remember that product many months down the road.

Without them, many New Yorkers would fall out of the loop.

One of the reasons New York billboards are so effective is because of where many of them are located. Many strategic advertising companies will place billboards in areas that are highly visible, especially in locations with a lot of traffic. If there is an area with back-to-back traffic during rush hour, you can guarantee some of the best billboard advertisements will be shown there.

This gives people in New York something to look at when they are stuck in a traffic jam, so they don't feel bored while they wait.

New York is known for being the home of some of the most creative individuals in the US. This is why it's not surprising to find out that the city also hosts some of the most innovative advertisers. When making a billboard, it's essential to make a lasting impression in less than 10 seconds.

The target audience could pass by the billboard in the blink of an eye, so they need to make sure they catch that person's eye. Advertisers in New York are experts at creating billboards that can be seen for a few seconds but last in a person's memory.

When it comes to creative advertising, no other city does it as well as New York!