Many airports all over the world offer over-the-top amenities to elevate the experience of flyers. The Portland International Airport is no different.

Although it does not have a lavish swimming pool, colossal golf courses, or beer gardens, passengers will find something one-of-a-kind in PDX that will be a sure hit especially for movie lovers. The airport has a microcinema called the Hollywood Theater.

People do not need to have a priority pass membership to get inside the amazing cinema. The movie theater can be accessed to all ticketed passengers with no charge at all. Looking like a retro-inspired cinema, the theater will surely be the eye candy of many passengers.

It is located in concourse C, between gate C3 and gate C5, where giant airlines such as Southwest, JetBLue, American, and Alaska operate. With all the concourses being connected airside, people can easily visit the theater regardless of which carrier they are flying with.

The charming cinema has room for 17 people, with standing area that can accommodate another 10 to 20 movie watchers. The layout of the room is open so people have enough space for their luggage. There are also no faintly-lit stairs where people need to haul their massive bags up or down.

According to its website, the goal of the Hollywood Theatre is to entertain, educate, inspire, and connect the people through the art of movies, while highlighting and preserving a historic landmark in the area.

Furthermore, although the space is meant to show films, it also has space to give room for live performances. Additionally, instead of showing international blockbusters, the theater offers unique films by filmmakers from Oregon.

Because the films are short-format programs that are on a looping reel, its viewers do not need to plan ridiculously long layovers just to stop by the space and enjoy a film or two before boarding the next flight.

Some of the 13 films that are included in the summer 2018 program are Relive The Oregon Trail, which shows how one of the most popular computer games began from a board game, In My Home, which highlights the systemic bias in the country toward institutionalizing people with disabilities, and Oregon: Only Slightly Exaggerated, an anime-inspired look at the best places to visit in Oregon.

Although it lacks a must-have popcorn machine, PDX has other amazing food options for its guests such as Capers Market and Capers Café Le Bar. Moviegoers can also grab a drink at House Spirits Distillery.

Film Buffs Will Have Their Own ‘Academy Museum’ In Los Angeles ... 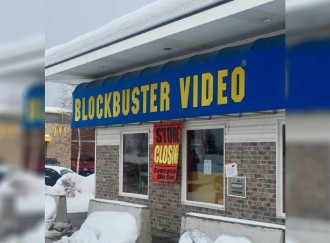 There’s Only 1 Blockbuster Store Left In The Entire Country