The term jet lag was first coined in February 1966. Jet lag simply is derived from the fact that a jet can travel so fast that it can leave the human body's rhythm behind. From the last few decades, human beings are able to jump over time zones, but a successful way to adapt to these changes is yet to be found. Jet lag is the sleeping disorder due to traveling over several time zones at an instance.

According to Live Science, a new study has revealed a few findings, which can be surprising but informative in regard of jet lag. These findings are as follows:

Flying to the east can be harder to adjust. Many studies show that if a human being is traveling to the west, they can recover faster from jet lag. But if they are flying to the east, it can be harder to adjust. The reason behind this science is that the human brain can easily adjust the time to westward travel as compared to eastward travel. This is because of a little eccentricity in the cells in the body that control the natural clock, or circadian beat.

The time required for recovery. For recovering from jet lag, if the person is not prepared from the beginning, then it should take anywhere from one to six days for recovering. It depends on how much time zones have the person crossed. BBC reported that scientists are working on how advance preparation can help in avoiding jet lag.

Jet setting is not the only cause for jet lag. Flying at different time zones can only not cause jet lag, it can also be due to change in a person's social schedule, even when they are not traveling. This phenomenon is also known as 'social jet lag' and it can cause harm to a person's body because it changes the match between the biological clock and the actual time.

Jet lag does not only cause sleep disorder. This is true that jet lag disturbs the sleeping routine of a person, but this is not the end. Many body functions can get affected by jet lag such as a change in blood sugar levels and eating disorders.

There is a master clock in the human brain called the suprachiasmatic nucleus which controls the body's circadian rhythm. This clock reacts to outer signs -- most strikingly, daylight -- to adjust the body's internal timing with that of the environment. How far a person travels and where he/she goes can influence their body reacting to these disturbances causing a jet lag.

Efficient Fliers Share Their Travel Secrets: Use These Tips & Travel ... 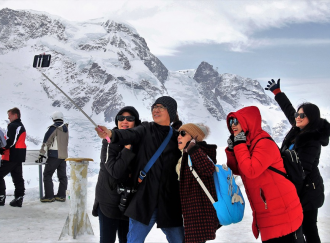 Planning A Trip With A Big Group? Worry No More!