"It is impossible not to be astonished by India. Nowhere on Earth does humanity present itself in such a dizzying, creative burst of cultures and religions, races and tongues. Enriched by successive waves of migration and marauders from distant lands, every one of them left an indelible imprint which was absorbed into the Indian way of life." A Rough Guide to India

India, the seventh largest country in the world, is cradled in a unique and diverse terrain. It is surrounded by the highest mountains in the world - the Himalayan mountain range; lush wildlife sanctuaries in Kerala; and, the Great Indian Desert of Thar. With its astounding landscape and the rich culture it has to offer, India would be on the top ten of every traveler's list.

Despite India's breathtaking tourist spots, its vacation industry had been low. The downtrend of the world's economy is one thing, but the complex visa application procedure has taken its toll on the country's tourism. India barely made it to the top ten tourist destinations in Asia.

An astronomic increase in Indian tourism has been observed since the new E-Visa policy has been released opening their gates to 150 countries. From January to September 2016, the influx of holidaymakers made for more than the 200% increase compared to last year's census. Most tourists come from United Kingdom, United State, China and other European countries.

E-Visas are valid for a single entry for 30 days upon arrival, but a maximum of two ETA visas can be issued within a 12-month period. The government simplified visa application system where E-visas can be applied online.

Local tour operators, trade owners, and hotel owners has been enjoying the benefits of the number of tourists who come to India. At the same time, more and more people get to see and experience the wonders and the beauty it holds. 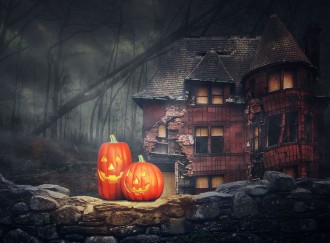