Indiana Pacers big man Roy Hibbert could be dealt to another team despite showing signs of resurgence early this season. And apparently, the Oklahoma City Thunder seems to be an ideal landing spot for the All-Star center.

Hibbert, who is averaging at least 14 points, 8 rebounds and 3 blocks per game, has become the Pacers’ focal leader on both ends of the floor.

Although the absence of Paul George and the departure of Lance Stephenson are big blows to the franchise’s championship aspirations, the former Georgetown standout has been doing just fine in keeping the Pacers (4-7) afloat after 11 games this season.

Then again, there’s no assurance he will continue to play for the Pacers beyond the February 19 trade deadline. According to a league source, Hibbert’s strong showing as of late might be what the Pacers had been looking for to finally get rid of his lucrative contract and start the rebuilding process.

After being linked to multiple trade scenarios last summer, Hibbert will likely continue to deal with trade rumors as the season progresses.

He was once offered to the Phoenix Suns in exchange for point guard Goran Dragic, but no trade took place because the Suns were not sure if Hibbert would bounce back after an epic collapse towards the end of last season.

Nevertheless, the Suns are still viewed as a possible destination for Hibbert if the Pacers decide to part ways with the center. The New York Knicks are another dark horse ball club that might express interest. However, the Thunder appears to have the right package to get the job done.

With Reggie Jackson seeking a bigger paycheck and the role of a start when he becomes a restricted free-agent next summer, the Thunder might have no choice but to deal away the talented playmaker.

As soon as Russell Westbrook and Kevin Durant return make their return from their respective injury, the Thunder will reassume their place among the elite teams in the league. Of course, Jackson will once again be relegated back to his sixth man role.

For some analysts, trading Hibbert to the Thunder in exchange for Jackson should happen right now, before other teams make their bids. The Pacers have been looking for a young point guard that can make plays both for himself and his teammates.

George Hill has not been considered as a pure playmaker, but he will be nevertheless a great backup or defensive shooting guard for the Pacers, if the trade would materialize. On the other hand, the Thunder can finally have a legit center - which many analysts believe the missing puzzle for a championship.

Jeremy Lin on Kobe Bryant: He Doesn’t Trust Us

Lakers Kobe Bryant Says No To Teamwork Until He Surpasses Michael ... 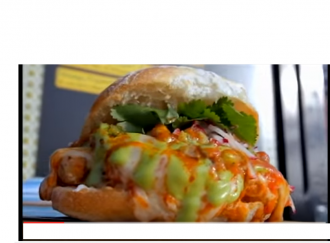 Best Cheap Eats To Try Out In Orlando, Florida