The grandson of a founder of Vail ski area died and three others were reportedly injured Tuesday morning when they were caught in an avalanche in the East Vail Chutes in Colorado.

Anthony Seibert, 24, died in the slide. He was a resident of both Boulder and Vail.

"Seibert is the grandson of Pete Seibert Sr., who is widely credited along with Earl Eaton as the man who discovered the terrain that would become Vail Mountain," the coroner said.

The slide was reported to authorities at about 11:35 a.m.

Rescuers didn't extract the three survivors, who had not been identified at press time, until dusk.

The injuries to the three survivors are not life-threatening, an Eagle County sheriff's spokeswoman said in an interview.

East Vail Chutes is considered the "side country" of Vail Mountain, where there is an access gate. The area sees a heavy amount of skier traffic. Forest rangers sometimes warn adventurers about the dangers of riding beyond the ski area boundary.

The younger Seibert co-starred in a new Warren Miller Entertainment film titled "Climb to Glory," which pays tribute to the 10th Mountain Division. His grandfather, Peter Seibert, served in the 10th Mountain during World War II and is widely credited with helping found Vail ski resort, which opened in 1962. "Climb to Glory" was scheduled to screen in Vail on Thursday but Tony Seibert's co-star, Vail resident Chris Anthony, said the screening has been delayed to allow time for the community to grieve.

Backcountry skiing has become increasingly popular over the last decade or so. More and more skiers and snowboarders are equipping themselves with beacons, shovels, oxygen and flotation devices and many of them take snow safety classes too.

But entering uncontrolled terrain brings inherent risks, and it isn't unusual to hear of skiers or riders triggering avalanches in East Vail Chutes and other areas like it.

Just before Christmas, there were two separate skier-triggered slides in the East Vail Chutes. One of them was captured in a harrowing video posted on YouTube that depicted a man quickly rescuing his brother, who was buried in snow up to his neck.

Before today's fatality the last avalanche-related death in the East Vail Chutes occurred in 2008 when two people were killed in separate slides just four days apart. There have been five more fatalities in that area dating back to 1986, according to published reports.

Authorities described this morning's slide as "large" and occurring somewhere near treeline.

The Colorado Avalanche Information Center rated the risk in the area as "considerable" on Tuesday, while noting that "dangerous avalanche conditions exist."

"Large triggered or natural avalanches have occurred [on] many aspects near and above treeline," CAIC wrote. "They are becoming harder for a backcountry traveler to trigger, but they are also becoming larger and more dangerous. ... Triggered avalanches can break 3 to 4 feet deep and take out most of the snowpack, and spread across multiple terrain features. Give yourself a large buffer to handle the uncertainty of how these avalanches will break ..."

Forecasters also advised: "Cautious route-finding and conservative decision-making" is essential for those brave enough to go beyond the confines of a ski area, where patrollers routinely mix explosives with hard work to ensure the safety of in-bounds visitors.

In the past two weeks, five people have died in avalanches in Colorado, Montana and Wyoming. This is the second death in Colorado during that same span. 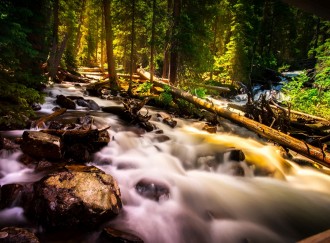 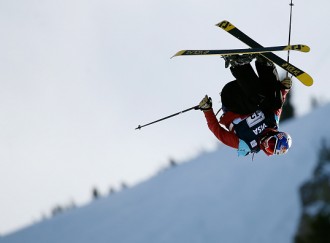