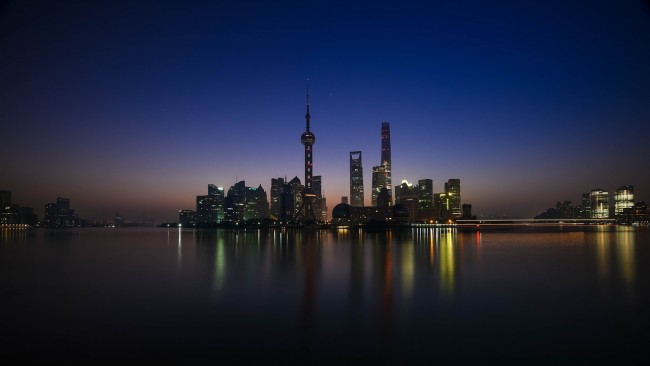 (Photo: Image by 756crystal from Pixabay )

In China's largest metropolis, visitors will find an abundance of fascinating attractions to view. Over 24 million people call this metropolis home, but despite the constant bustle, there are some historically significant areas to explore as well. For those who prefer to travel by land rather than sea, the port city of Yangzhou is a gateway to China's coast as well as its inland rivers, making it a popular destination for tourists.

Check out Cathay Pacific selection of Shanghai's most popular sites and activities to get you started on planning your trip to fly into Shanghai China's most fascinating metropolis. In order to help you plan your Shanghai vacation, Cathay Pacific has put together a list of Shanghai travel tips and suggestions.

Wander Along The Bund, Shanghai's Promenade

Bund (Wàitan) is one of Shanghai's most well-known landmarks, and the Zhongshan Lu is a beautiful riverside promenade. It's a famous tourist destination because it was formerly the site of the city's International Settlement, which gave the neighbourhood a European flavour. Old French and English buildings that have been converted into restaurants and boutiques are a good example of this.

As you tour the Bund's 52 unique structures, erected in a range of styles including Romanesque, Gothic, Neoclassical, Baroque, and Renaissance influences, you'll be able to appreciate the Bund's ever-changing atmosphere. One of the world's most stunning collections of Art Deco buildings may be seen in the Bund neighbourhood.

To the north of the old town, the Yu Garden (Yù Yuán) was put out in 1559. Known as the Garden of Happiness, this expansive green space has an outer and an inner garden that together occupy over 20,000 square metres.

Sansui Tang, the park's main hall, was added in the 18th century, making the Outer Garden the park's oldest component. Dragon-adorned walls and roof embellishments are only some of the features that make this structure so spectacular and beautiful to look at.

From 1853 to 1855 Shanghai was dominated by the company of the little swords, or Xiaodao Hui, known as the Hall of Spring. The only surviving creation by renowned garden designer Zhang Nanyang, the artificial rocks in this section of the garden hold significant historical value.

The exquisite Jade Buddha Temple in Shanghai's Anyuan Lu neighbourhood holds two Burmese Shakyamuni sculptures that monk Huigen brought back from Burma. In 1928, a new temple was created to replace the old one, which had been constructed in 1882. It has three rooms and two courtyards.

With statues depicting four heavenly monarchs and two Shakyamuni sculptures, Tian Wang Dian (Tian Wang Dian) is the most stunning building. It rises about two metres tall in the Wentang Main Hall, where a treasure of Buddhist scriptures is also maintained, carved from white jade (the smaller statue is in the west courtyard).

With its Buddhas from three ages, as well as 18 Luohan figures, it is also worth mentioning the Hall of the Great Hero (Daxiong Baodian). The magnificent Jing'an Temple on Nanjing West Road is another famous Buddhist landmark in Shanghai.

The Shanghai Museum, which opened in 1952, is still China's most significant museum of ancient Chinese art. Located in a modern structure that is in and of itself a work of art, with its round top and square base reflecting traditional Chinese conceptions of the Earth, the museum's four floors feature impressive displays of ceramics and bronzes from prehistoric cultures all the way up to the nineteenth century.

Ink drawings, calligraphy, and seals, as well as substantial collections of ethnic minority art, are among the collection's other attractions. You'll also find a well-stocked gift shop here, as well as extensive collections of jade, coins, and period furniture from the Ming and Qing dynasties (1368-1912).

The magnificent Longhua Temple, located in a lovely park in Shanghai's southwest, is one of China's oldest religious institutions. Built around AD 242 together with the surrounding 40-meter-tall wood and brick pagoda, this major site of worship has been rebuilt numerous times throughout the centuries, with the current construction dating back to around 10th century.

A big Buddha statue stands in the Maitreya Hall (Mile Dian), while the Heavenly King Hall (Tian Wang Dian) is dedicated to the Four Heavenly Kings. The Grand Hall of the Great Sage (Daxiong Baodian) also has magnificent statues and a 16th-century bell.

More than 500 gold-painted Luohan Buddhas, a five-ton bell, two-meter-tall from 1382, and the Library's antique books and ceremonial instruments are other notable features in the Temple of Heaven.

See the Oriental Pearl Tower from a new perspective

You must see the 468-meter high Oriental Pearl Radio and Television Tower (Dongfang Mngzhuta) while in Shanghai. It is situated on the east bank of the Huangpu River in Pudong-Park. As well as stunning views of the bustling river and the modern city, the Bund promenade can also be seen well.

The Space Module, the tower's highest observation level with a glass-floored outdoor deck, was added in 1991 and receives its name from the tower's 11 linked spheres of varying sizes. A revolving restaurant with stunning views is only one of the 15 observation locations in the tower, which includes the Sightseeing Floor and Space City.

A lower-level shopping centre, the Space Hotel, and a fantastic virtual reality rollercoaster experience round out the attractions. Even if you don't have the stamina to climb the tower, the nighttime illuminations are a sight to behold.