4 Reasons to Think Twice About Traveling in 2021 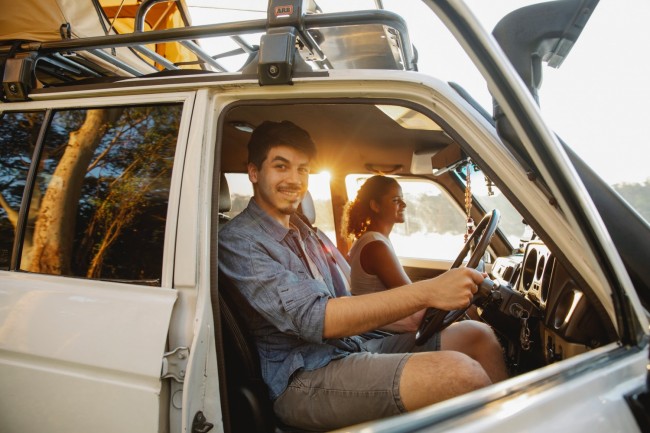 The pandemic made travel nearly impossible for many people. There were lockdowns for months, and some people who would have traveled either for work or recreational purposes were not able to do so.

That wasn't easy for many individuals and families. Some people have jobs where they needed to travel more or less constantly, to attend high-profile meetings, and so forth. Families might have wanted to take vacations they had planned for many years, and Covid-19 stymied them.

2021 looks pretty different from 2020, though. There are numerous vaccines available to the public, and they're free. There's ample evidence to suggest that if you get a vaccine, you're not as likely to contract Covid-19. Even if you do catch it, if you've had the vaccine, you're not in as much danger of becoming mortally ill.

Because of this, plenty of individuals and families are thinking about traveling in 2021 for the first time in many months. But is that truly the best thing to do? Let's take a few moments to go over some reasons why you might not be quite ready to travel yet, even if it's a tempting idea.

Car Travel Can Be Dangerous

Stats show that there were fewer car wrecks in the US during 2020 than there were for the several years prior to that twelve-month period. It doesn't exactly take a genius to figure out why, either. It was because fewer individuals were commuting to and from work, while fewer families were taking the family car on vacation.

Families put off vacations in 2020, and many employees worked from home if they had jobs where that was possible. That meant fewer car wrecks since the highways were nearly deserted.

If you're not the most confident driver, that might have been a silver lining in 2020. If you didn't have to drive to and from work, that meant you couldn't wreck your car, either through some action of your own or because of what some other reckless driver did.

The US National Highway Traffic Safety Administration said recently that 30% of US crashes are rear-end collisions. If you're barely ever driving, you're not going to become a statistic.

Even if you got the vaccine, you still might not want to go on a long car trip for work or vacation. Think hard before you commit to venturing out on the road again this year. There, you might encounter drunk drivers and distracted ones who can't seem to stop texting, even when they're cruising down the highway at eighty miles per hour.

Many people during the pandemic's lockdown stage expressed that it was difficult for them to have to stay by themselves in the house for days on end. They did not get a chance to see their relatives, whether they lived across town or in another state, thousands of miles away.

These individuals felt sad and isolated. However, this was not a universal feeling by any means. While some people are close with their families and keenly felt their absence during those lockdown months, others felt great about it. There are plenty of people who don't like their families all that much.

The pandemic was a great excuse not to see them. They were exempt from family gatherings because those events never happened.

These individuals might want to come up with an excuse not to go to Christmas or Thanksgiving this year, even if travel bans are no longer in effect. They might be less than eager to return to the way things were if they always dreaded being around their families during the holidays before the pandemic ever materialized.

The Pandemic is Not Over

You also might decide that you're not ready to travel in 2021, either for work or pleasure, because the pandemic is not over yet. Yes, there are vaccines now, but even if you get one, if you are in an immunocompromised state, you're probably still pretty worried about catching the new Delta variant that seems resistant to the vaccines.

Some individuals refuse to get the vaccines. They have different reasons for taking that stance, but medical professionals agree that if a decent segment of the population refuses to get one of the vaccines, Covid-19 will be almost impossible to eradicate. Indeed, in some states, far more than half of the adult population refuses to get the vaccine, no matter what doctors and scientists tell them.

If you have family living in one of those states, and you know they have not gotten the vaccine, would you really want to go visit them? You might have to tell them you have no intention of doing so because you're worried about your own health. Again, just because you got the vaccine, it is not impossible for an unvaccinated person to pass it on to you.

These protests on your part and unwillingness to go see your family might cause rancor or an outright feud between you and some of your relatives. Ultimately, it's up to you whether you decide it's worth it to visit your family members if you know they have not gotten the vaccine and they're not going to. It's probably at least enough to give you pause.

Maybe you want to visit relatives or go on vacation, but you simply don't have the money to do so right now. Many individuals and families have had to do some significant belt-tightening these past few months. It could be that you were out of work for multiple months while the pandemic dragged on, and you had to deplete whatever savings you had.

Now, the restrictions have lifted in most states, but you might not be flush with cash and ready to go to New York or Vegas. You might want to do a staycation instead if that's what makes the most financial sense for you.