How to Choose the Best Airline Seat 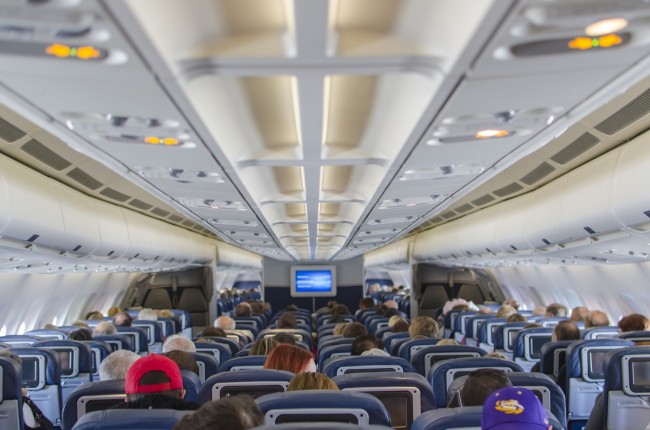 How to Choose the Best Airline Seat

While some seats are genuinely horrible, there is no such thing as a perfect seat for everybody. When choosing a plane seat, there are two main issues one might be interested in: what is the best seat for you and how to get it?

Talking about seats to avoid, no one wants to be squashed between two different people in a middle seat.

When you consider your travel options, the focus of attention is usually on cost and timing. For example, when choosing the best deals to London, you choose the date and the airport of arrival to compare prices and schedule. Nevertheless, the comfort of travel and the cost of additional services an airline provides are to be considered too and preferably before the purchase of a ticket.

What Are Your Priorities When It Comes to Choosing a Seat on a Plane?

During a flight, everybody wants more space for themselves and less interference.

As far as space is concerned, air vessels have different seat peach lengths, which means the interval between two rows of seats. The seat pitch is normally smaller on economy airlines, typically about 30-31 inches. Some airlines like JetBlue offer more generous 32-33 inches even in economy class.

The leg space is especially important for tall people. An aisle seat could be preferable because even with limited space in front of you, you can stretch your limbs in the passageway periodically.

Exit row seats give serious extra legroom. However, there are some disadvantages to taking these seats. A passenger occupying such a seat is expected to place all his or her personal belongings in the overhead compartment during take-off and landing. If you want to read a book, you will have to either ask a flight attendant to fetch it to you when the plane reaches cruising height or disturb passengers seating next to you and get it yourself. There is no screen and folding table attached to a seat in front of you. You will probably get an extendable table, but it might be less handy. Since the travelers occupying exit row seats are supposed to open the door in case of emergency, they are not allowed to drink alcohol during the flight. For the same reason, children can't occupy the exit row seats.

The leg space might be not your priority, though. If you don't flight often, you might go for thrilling views and prefer a window seat. For example, when arriving in Venice on a sunny afternoon, you want to admire San Marco square from above. You wish for a window seat that is not situated on a wing since it will spoil the view.

At the same time, if you hate flying and want to feel less turbulence, your priority is to be seated over the wing since it's there where you feel the shaking less.

Personal priorities might vary depending on circumstances. If you hope to sleep on an overnight flight, you might opt for a window seat not to be disturbed by fellow travelers on their way to a toilet. If you have a short connection between two flights or you are in a hurry to attend a meeting upon arrival, you might prefer an aisle seat next to the entrance to be among the first to leave the aircraft.

When traveling with small kids, you want all seats in one row and not far away from a lavatory. On the other hand, if you travel on your own, you will probably prefer to stay away from the busy, noisy, and smelly area.

How to Get a Particular Seat?

A lot depends on the company you are traveling with. Some airlines let their customers choose a seat when purchasing a ticket. Often, they charge additionally for it. The seat selection option might be offered as a package. You pay for an extra item of cabin baggage plus seat selection and priority boarding, for example. Other airlines give an extra option of seat selection to members of frequent flyer programs.

You get another opportunity to choose a seat you want upon check-in. If the airline operates an online check-in, the best strategy is to try to get a seat as soon as the check-in opens. Normally, it does 24-48 hours before the flight. Some airlines that charge for seat selection let choose a seat for free at check-in. Unfortunately, the pool of seats is smaller since some of them are already occupied.

With an airline that does airport check-in, you can turn up early and ask land personnel responsible for check-in to give you a seat you want.

To discover all airline conditions, you need to study its website before booking your flight. You can also consult the SeatGuru website to investigate the seat map and learn what seats are favorable on the particular aircraft. Some travel agencies keep an eye on the timing of the check-in opening and airlines' policy and check their customers in themselves to provide them with a greater service.

If everything else fails, you can ask somebody on the plane to exchange seats with you.

There is always some randomness with appointed seats. The carrier might change the airplane last minute because of operational reasons. You even might find yourself changing the route on the way to your destination because of the weather conditions. However, such cases are rare, and to get maximum comfort for your journey, you'd better decide on your priorities and try to book a seat in advance.