Angry victims of the much-publicized Fyre Festival have pooled their resources together to run after the organizers of the canceled event. A $100 million class-action case was initially filed by lawyer Mark Geragos days after the traumatic festival.

At present at least 300 victims responded to Geragos' call to get together to file a strong case against the organizers, according to News. The case was for fraud and the documents state that the event was no less than the get- rich-quick scam similar to the Ponzi scheme. The scheme that deluded victims to invest and earn big has jeopardized the small fortunes and the lives of the victims that came to the Exuma Island on the day of the supposed Fyre Festival.

What awaited them were an unfinished construction site, no adequate accommodation, food, and water. The participants experienced trauma being stranded on a dusty island with no money as the festival was promoted as a cashless event. The airport was filled with angry passengers wanting to go home and forget about the whole mess but have to endure long queues just to board a plane.

The Fyre Festival promo was done by models Kendall Jenner, Bella Hadid, and Hailey Baldwin has announced that rockers Blink-182, electronic music trio Major Lazer and hip-hop act Migos will be headlining the event that promises two weekends of fun, music, and food. The ticket packages ranged from $1,200 to over $100,000.

The investors Billy McFarland, rapper Ja Rule, and Fyre Media Inc. were among the respondents in the lawsuit. Stacey Richman, Ja Rule's counsel said that his client will not participate in any fraudulent transaction. McFarland did not release a statement about the case.

He apologized for what happened and justified the situation. McFarland said that they did not expect the massive response of the public that they have to build a bigger venue but were unable to finish it in time for the festival. He also offered refunds for the tickets and promises a VIP pass for next year's event. The Fyre Festival that will be organized next year has a very limited chance of being successful after what happened this year.

A.V. Club reported that the Federal Bureau of Investigation (FBI) is now investigating the incidents surrounding the failed event. The U.S. Attorney's office was tasked to investigate on possible mail, wire, and securities fraud for the Southern District of New York and the FBI.

Is The Sacred Okinoshima Island In Japan Biased On Women Visitors?

What Was Going To Be A Romantic Getaway Turned Out To Be A Night In ...

The Amenities That Make ‘The World’ Luxury Residential Yacht One ... 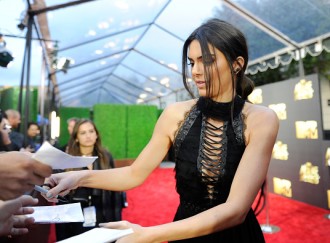 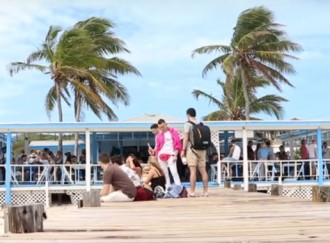 From The Recent Fyre Festival: Five Of The World's Worst Music ...