Supermodel Chanel Iman was in New York last Saturday to attend Usain Bolt and G.H. Mumm's Kentucky Derby Bash. Though the supermodel is always leaving home and traveling due to her work, there's one accessory that she can never leave home without, and it's her music.

According to a report from the Daily Mail, Iman and fellow supermodel Nina Agdal graced the Kentucky Derby Bash, which is a parallel event for the year's famous horse race. Agdal was seen wearing a sleeveless black crop top with a large gray hat and a billowing black skirt.

Iman, on the other hand, was seen wearing a sheer beige long-sleeved top that is over a black top and a tie around her waist. She completed her outfit with a seaweed green cap and a black dress with a zipper in the front.

The two supermodels were also seen hanging around Olympic gold medalist Usain Bolt, who was recently named the chief entertainment officer of Maison Mumm, a Champagne manufacturer. Though Iman doesn't seem to be holding any purse or accessory, you can be assured that she attended the event with her music in tow.

Travel + Leisure reports that they sat down with the supermodel during Coachella 2017 and talked about the things she usually packs whenever she travels. Iman said that she always tries to travel light, but usually end up bringing too much.

"You can never have too many outfits to choose from when you're traveling," she said. One of the things that she tends to pack a lot, though, are bikinis as the supermodel said she has "a thing with bikinis."

Her go through carry-on luggage is her Louis duffle bag and rollie and the one accessory that she can never leave home without are her music. To learn more about the supermodel, check out the video below.

: Man Furious With All Nippon Airways For Giving Him Only A Banana ... 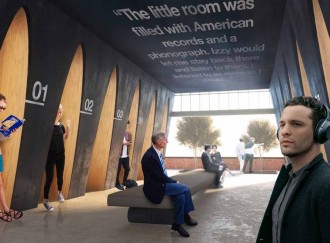