'Your Name' English Dub Trailer Released, Will Be Available In The US

"Your Name" is quite a tacky anime film, which has been based on Makoto Shinkai's novel with the same title. It was released during the Anime Expo on July 3, 2016, and was released all around Japan on August 26, 2016 in different theatres.

As per Comicbook, the newly dubbed trailer was recently released together with advanced tickets being available for purchase. The trailer exposes to aspiring watchers to feel the reworked English soundtrack from the RADWIMPS rock band. In addition, the trailer also teases the English voice actors for the film's characters Mitsuha and Taki.

Moreover, Makoto believes that keeping the version of the soundtrack is also of big importance for the English-dubbed version of the film. Based on his statement on the same report he truly respects the rhythm that RADWIMPS has given the anime film "Your Name." With complete gratitude, he would like to thank them by keeping the theme. The English dubbed version is solely to entertain the international audiences of the film.

According to Crunchyroll, if you haven't seen the film yet they have described the synopsis concretely. One day the stars fell and the lives of Mitsuha and Taki have changed completely. Both main characters of the film are in high school and they are complete strangers to each other, and living in a far distant life. However, one night, they unconsciously switched places. Both main characters have awoken in a different body; Mitsuha woke up in Taki's body while Taki ended up in Mitsuhas.

Whenever a comet lights up the sky, it affects them, and they are both expecting something from this connection. Hopelessly, they want to meet and truly know each other. They have been struggling with the fate that they are facing and both of them are figuring out a way to find each other. But this challenge won't be able to stop them from finding one another. Watch the "Your Name" English dubbed trailer below and subscribe for more updates!

'Ghost In The Shell' Film: Some Information About The Film And The New...

'KanColle: The Movie' Will Be Available For 4D Viewing On February In ... 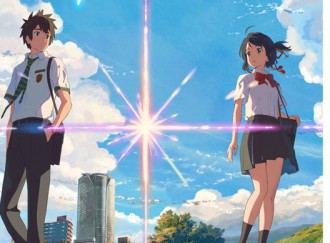 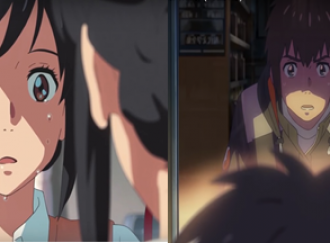