The Nevada Hyperloop, The First Futuristic Tube Transportation System In The US

In Nevada desert in Texas is Hyperloop One's ambitious project taking shape. The world's first test track using vacuums and tubes to transport passengers and cargo within 500 meters would decide whether the superfast travel technology actually works or should only remain in science fiction.

According to The Verge, the "DevLoop" test track is only 500 meters long. Hyperloop One, who dreams of using vacuums, tubes and magnets to make hour-long nationwide trips possible, would conduct public trials of their new technology before July.

Photographs from the desert show the 500 meter stretch out in the sandy wilderness of Nevada. The starting point has a terminal and the tube is still open-ended as construction is still underway. The cloud white tubes may remind one of the passageways in most sci-fi media that crosses vast deserts.

The Telegraph UK writes that Hyperloop One expects its "pods" to travel around 800 miles per hour, enough to guarantee a nationwide travel system that only takes an hour in between starting points A and B, and only a few minutes to arrive into different city terminals. The company intends to implement its futuristic travel systems to the Middle East's Gulf Cooperation Council cities and in India, where immense traffic could benefit from 800 miles per hour travel pods nationwide.

Hyperloop One is one company that took inspiration from Tesla and SpaceX founder and CEO Elon Musk's idea of a futuristic travel system that involves pods traveling through the power of vacuum and magnets. Hyperloop One and rival Hyperloop Transportation Technologies are vying for the top position in the budding transport industry -- one that could possibly bloom bombastically in the future.

Five Awesome Inventions That Only The Japanese Can Think Of

Tourists May Soon Visit The Moon In The Coming Years 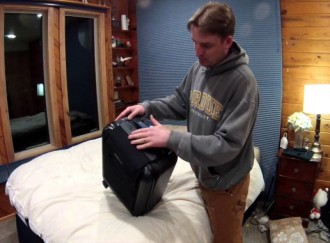 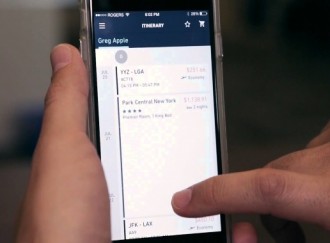