A world record was set when a 27-year old woman from Washington, Connecticut traveled to 196 countries in just 18 months and 26 days. It's the faster record set and it's the first one also.

In July of 2015, Cassie De Pecol started to travel the world and visited 193 sovereign nations on her journey. The trip also included three more countries--Taiwan, Kosovo and Palestine. Now, the Guinness World Record holder is planning her next trip to Antartica.

The record was set this February 2017 and her project which was named Expedition 196 became famous all over social media. But Cassie has been a world traveler since 2010 and had a corporate job until she decided to quit in 2012 to pursue her dreams.

According to The Daily Mail, her total budget for Expedition 196 amounted to $198,000 which came from sponsors, endorsements and money saving. An additional $10,000 also came from babysitting.

Being an environmental studies major, Cassie thought about traveling the world with a purpose in mind. CNN reported reported that when she embarked on her journey, she traveled as an ambassadress of the International Institute of Peach Through Tourism.

One of her major goals is to promote sustainable tourism which is why she planted trees in about 50 countries that she visited. She stated that at least one tree dies when a flight from Bangalore, India to Colombo, Sri Lanka takes place so she took action of planting two trees in return.

With over 255 flights in her travels, a lot of critics say that her act of promoting sustainability is an act of hypocrisy. However, she aims of trying to offset the tracks of carbon gas being left by her trips. She even did a talk to more than 16,000 students with regards to offsetting carbon footprints during travel.

Cassie is now planning to author a book about her travels after she returns from her Antarctica trip. She also plans to complete a project about an educational documentary.

Backpacker Couple Travels With Their Baby Around The World

Survival Vacations: Can You Handle The ‘Castaway’ Experience?

Where To Go In 2017: Best Budget European Destinations For Backpackers

Man Offers His Van For Travelers To Sleep

Travel Hacks For Budget Travelers: How To Tour Cambodia On A 50 US ... 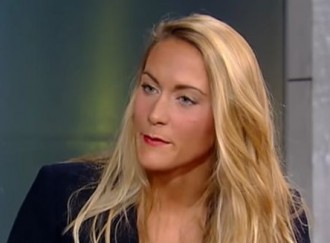 Cassie De Pecol Is Six Countries Away From Being Named The Fastest ...