Is it true that some souvenir items are cursed? Last week, a man stole a cobblestone off from Rome's street and delivered it back to a restaurant with an apology note.

However, this is not the first time the city received their own items from tourist-thieves. In fact, the reason why most people gave it back because it cursed their lives and families as well, without explaining further what the "curse" did to them.

Here are some true events and items which people took and gave it back to where these memorabilia belong.

Pompeii. We all know the devastating story behind the city when Mt. Vesuvius erupted and blanketed the Roman city with its ashes. Perhaps the relics are cursed and are meant to be left on the city - a sad memory of what happened. Many people have stolen some stones, tiles or a bronze statue and returned it as soon as they can because a haunting feeling enveloped their homes. Pompeii's archaeological superintendent, Massimo Osanna, received more than 100 parcels containing the stolen relics with a note saying their apologies and bad luck.

Hawaii. The beautiful island of Hawaii will curse you - or rather, the Hawaiian goddess Pele, if you take her rocks, stones or solidified lava in her home. These stones are her children and people stealing them would make her mad, making her send her curse to anyone who has her children. According to PS Mag, Alton Uyetake of the United States Postal Service has received mails containing just rocks and stones of Hawaii and a letter to Pele. Some of these misfortunes are death, divorce, imprisonment and car accidents.

Ayers Rock, Uluru Australia. Never take or move the rocks or you'll be cursed yourself. The Anangu locals will tell you that the rocks have a spiritual significance in the land and therefore the gods will bring you misfortune if you do anything to desecrate the Aboriginal's holy land -even just peeing on the rocks. People who stole the rocks have returned them via the post office saying it brought them diseases, deaths and emotional turmoil.

Africa. Mostly native artifacts are considered as a curse. From ritual masks to pagan trinkets, the shaman king or witch doctor has his eyes on you. But perhaps it depends upon your attitude. One woman, however, was blessed after given a fertility icon. The woman and her husband have always wanted a child through the years. Who knows whether it was a coincidence or a miracle.

Japan. Japanese dolls make cute souvenir items unless they're cursed. A doll specifically made for a religious ritual should not be stolen lest a traveler would want to be cursed. Sometimes, taking home an antique doll would cause a lot of misfortunes especially if it believed to have inhabited by a human spirit.

Do you believe in all of these things? It's up to you if you do.

The World’s Most Hi-Tech Hotels

Got A Hangover? Here Are Some Of The Best Hangover Cures Around The ... 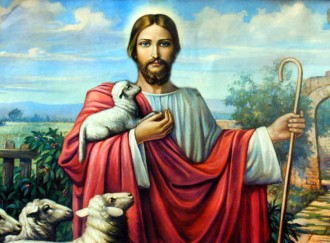 Remember When Jesus Went To Japan?