A boy falls at Bodega Head, and while the 4-year-old reportedly suffered several broken bones after landing on a rocky beach in Northern California, he miraculously survived the ordeal. Following the boy's fall at Bodega Head of roughly 230 feet, the boy is now in critical but stable condition, according to authorities.

The accident of the boy falling at Bodega Head occurred following a seemingly ordinary activity. The boy was reportedly just throwing rocks Monday evening when the boy's family went out on a trip along a trail in Bodega Bay north of San Francisco. The boy suddenly couldn't be found, the Press Democrat of Santa Rosa reported.

Fortunately, the boy's mother quickly realized that her child had gone missing, according to State Park's Supervising Peace Officer, Tim Murphy. After the boy falls at Bodega Head, his mother called for help and her mobile phone call was routed through the CHP to Bodega Bay Fire Department rescuers.

The Bodega Bay Fire Department rescuers at first thought the boy had already fallen into the water below. However, firefighter- paramedics spotted the young boy at the bottom of the 230-foot cliff after the boy falls at Bodega Head, according to Capt. Justin Fox.

Daylight soon went away and the boy's family watched frantically from the top of the cliff, wishing for the boy's quick rescue. Rescuers first rappelled down to the boy carrying a basket, and the only light was coming from flares fired into the air by a Coast Guard motor lifeboat. Eventually, they reached the boy and he was pulled back up in the basket, reports the Associated Press.

Rescue team memberse reportedly "packaged him" in the basket, strapped in with a child-sized backboard, especially made for difficult cliff rescues. Rescue officials say it was unclear what condition the boy was in after he fell at Bodega Head and rescuers reached him.

"By the time he reached the top of the cliff, he was crying," said Fox.


Meanwhile, Murphy was just joyous that the boy was showed signs of life after the boy fell at Bodega Head and he was brought to the top of the cliff.

Other rescuers carried the litter, with the boy while wrapped in yellow blankets, and waited for an ambulance.

A Coast Guard helicopter had initially landed on a nearby hillside. However, crews found it unsafe to take off because of the steep slope the aircraft landed on; hence they just waited for the ambulance.

"Hopefully he makes it," he said. "God loves little kids."

Daryl Johnson, the boy's father, told KTVU-TV that his son suffered a broken arm and leg, along with numerous scratches on his face and hands after the shocking fall at Bodega Head. When they saw the boy after the rescue, he did not look well, according to the family.

"It's just sad to see him like that," Johnson said. "His eyes are swollen from the impact. I'm just worried for him."

This "Boy falls Bodega Head" accident is indeed considered disastrous by rescue authorities and the boy's family, but the circumstances of the rescue after the 230-foot fall were fortunate, described the Examiner.

First off, it was low tide during the rescue. If it had been otherwise, the boy would have reportedly been harder to find, according to Fox. He added that the cliff also posed problems because of its height and the rock had a tendency to crumble.

"It's a very challenging section of cliff as far as rescues go," said Fox.

Second, Fox said many of agencies that participated in the rescue of the boy after the boy fell from Bodega Head had training rescue last week, and apparently just north of where the accident occurred.

Meanwhile, Murphy praised the Bodega Bay fire crew, who successfully set up their ropes in an ideal position in order to reach the boy quickly.

"He was at the water line and it was low tide," Fox also said. "If it was high tide, he wouldn't have been as easy to find."

"That's the highest section of cliff we have," Fox added of the rescue after the boy falls at Bodega Head. "Also, it has that sandstone and limestone that crumbles. It's a very challenging section of cliff as far as rescues go. Plus, there's the ocean when you get down there."

Apart from Bodega Bay firefighters, state parks and Coast Guard personnel, other agencies that assisted in the rescue after the boy fell from Bodega Head include included Cal Fire, the Sonoma County Sheriff's Office and the CHP, according to the Press Democrat.

The boy's name wasn't provided Monday night. He was reportedly taken to Santa Rosa Memorial Hospital by ambulance where the 4-year-old arrived in "stable but critical condition," according to fire officials.

Hospital officials meanwhile did not provide an update on the boy's condition. They cited federal health care privacy laws in the refusal of updates.

The boy falls Bodega Head incident is reportedly not the first rescue in the area in three days. A 23-year-old woman was also rescued Saturday following a slip as she climbed rocks in Bodega Head. She reportedly fell about 20 feet down. 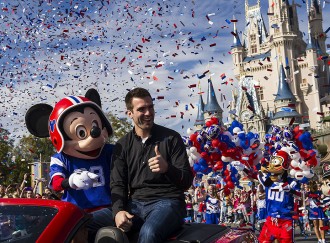 What You Need To Know About The Walt Disney Family Museum In San ...