Books To Read While Traveling: Top 10 Location And History-Based Books For Travelers

A trip to a foreign location can also be enhanced by reading a book set on that destination. Fiction or non-fiction, set in the past or present day, books to read while traveling will instill in a traveler that extra information which will ultimately create a great travel experience.

Hence, here are our Top 10 of the best books to read while traveling, with help from goodreads:

TOP 1 FROM THE BEST BOOKS TO READ WHILE TRAVELING: Kilingiri by Janna Gray

This book is a good read for travel as it will appeal to readers of all genres. This book has elements of romance, mystery and drama, loss and gain, religion and redemption played out in exotic locations over a timespan of thirty years. Not only that, goodreads describes it as addressing the issues of celibacy within the Catholic church, the heartbreak of rejection and separation, the difficulties of raising a child as a single parent, the effects of post natal depression on a marriage and the family, the healing power of forgiveness, and culminates in what we all dream of ... a happy ever after scenario.

TOP 2 FROM THE BEST BOOKS TO READ WHILE TRAVELING: Sleeping People Lie by Jae De Wylde

This book travels from Europe to the states as Paris, France, and attractive, vibrant 26-year-old Sloane from Stamford, England, meets Nicholas, a writer and artist from Boston, USA, a guy ten years her senior. The attraction is immediate. Sloane believes that she has found the love of her life. But as the days pass, it becomes clear that things are not quite as they seem.

Goodreads portrays this book as a brilliant creation of Jae De Wylde, exploring the raw emotion of obsessive love and the power of perception in this poignant, compelling and splendidly-paced tale of secrets, lies, blame and guilt with its bitter, heart-breaking twists.

TOP 3 FROM THE BEST BOOKS TO READ WHILE TRAVELING: Eat, Pray, Love by Elizabeth Gilbert

This book-turned-movie tells the story of Elizabeth Gilbert in her early thirties, and who had everything a modern American woman was supposed to want--husband, country home, successful career. But Elizabeth, instead of feeling happy and fulfilled, feels consumed by panic and confusion.

This wise and rapturous book is the story of how Gilbert set out to examine three different aspects of her nature, set against the backdrop of three different cultures: pleasure in Italy, devotion in India, and on the Indonesian island of Bali, a balance between worldly enjoyment and divine transcendence.

TOP 4 FROM THE BEST BOOKS TO READ WHILE TRAVELING: The Girl with the Dragon Tattoo by Stieg Larsson

Also a book-turned-film, The Girl with the Dragon Tattoo is the story of once-respected financial journalist Mikael Blomkvist having his professional life rapidly become crushed around him. Prospects were bleak until a mysterious offer by a wealthy Swedish titan comes to him and gives him a way to resurrect his name. Of course, there's a catch, Blomkvist has to spend a year researching a mysterious disappearance which has been unsolved for almost four decades. Together Lisbeth Salander, the girl with the dragon tattoo and a misunderstood genius, Mikael solves the case and unearths an even bigger story than anyone could imagine.

TOP 5 FROM THE BEST BOOKS TO READ WHILE TRAVELING: Blue Coyote Motel by Dianne Harman

Goodreads describes this book as telling the love story beginning in the barrios of Southern California and spanning the globe in such diverse locations as France, South America and the Himalayas. Beautiful Latina, Maria, and husband Jeffrey, a scientist fired from a prestigious laboratory, struggle to build a new life in a remote Southern California desert area as owners of the Blue Coyote Motel.

When Maria's depression rises like, Jeffrey invents a wonder drug and begins to experiment with it. Six travelers stayed in their hotel and the next morning, they wake up feeling better than ever. It's either Jeffrey's miracle drug is a success, or this may only be the beginning of a nightmare.

TOP 6 FROM THE BEST BOOKS TO READ WHILE TRAVELING: The Girl Who Played with Fire by Stieg Larsson

The second installment of 'The Girl' series by Stieg Larsson, the girl with the dragon tattoo is back in this novel where Lisbeth Salander pairs with journalist Mikael Blomkvist again on the trail of a sinister criminal enterprise. But while solving the case, Lisbeth has to rekindle her dark past if she wants to be one step ahead of everyone and if she wants to stay alive. Dave Callanan says one must expect a healthy doses of murder, betrayal, and deceit, as well as enough espresso drinks to fuel downtown Seattle for months while reading this book.

TOP 7 FROM THE BEST BOOKS TO READ WHILE TRAVELING: Shantaram by Gregory David Roberts

This epic and mesmerizing novel is set in the underworld of contemporary Bombay. Narrated by Lin, an escaped convict with a false passport who was able to flee maximum security prison in Australia, ends up in the teeming streets of a city where he can disappear.

Accompanied by Prabaker, his guide and faithful friend, they enter Bombay's hidden society of beggars and gangsters, prostitutes and holy men, soldiers and actors, and Indians and exiles from other countries.

This novel is filled with burning slums and five-star hotels, romantic love and prison agonies, criminal wars and Bollywood films, spiritual gurus and mujaheddin guerrillas, making the best and worst of human experience within reach. All of these elements portray a passionate love for India at its heart in the story. goodreads says it's based on the life of the author, and a first novel debuting an extraordinary voice in literature.

TOP 8 FROM THE BEST BOOKS TO READ WHILE TRAVELING: Anonymity by Amber Lea Easton

According to goodreads, this novel tells the story of Alyssa McNeil is on a mission of breaking free of her comfort zone, reinventing herself, and forgetting the fact that her ex is getting married on New Year's Eve. She stays in Belize for a week of sun, fun, adventure, and flirtation while meeting Luke is and falling in love with him as well, though this bit wasn't part of her plans.

TOP 9 FROM THE BEST BOOKS TO READ WHILE TRAVELING: Fiji: A Novel by Lance Morcan

This book is spellbinding novel of adventure, cultural misunderstandings, religious conflict and sexual tension set in one of the most exotic and isolated places on earth, according to goodreads.

It's in this hostile environment that an innocent young Englishwoman and a worldly American adventurer find themselves.

This book was written by father-and-son writing team Lance & James Morcan (authors of The Ninth Orphan), Fiji is an historical adventure-romance published by Sterling Gate Books. A feature film adaptation of Fiji is currently being developed says goodreads.

TOP 10 FROM THE BEST BOOKS TO READ WHILE TRAVELING: The Da Vinci Code by Dan Brown

This celebrated book turned blockbuster hit tells the story of Harvard symbologist Robert Langdon on the chase of his life. While in Paris on business, he receives a call that the elderly curator of the Louvre has been murdered inside the museum, with a baffling cipher found near the body. Langdon, together with French cryptologist Sophie Neveu solves the case while going through bizarre riddles and finds hidden clues in the works of Da Vinci.

Books to read while travelling may not be as picturesque as the travel destination itself, but seeing the place where a much-loved character from a book is set makes a travel experience that much more enticing. 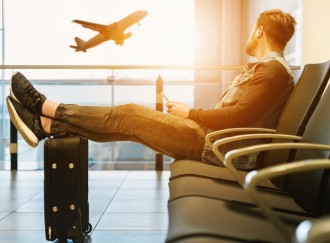 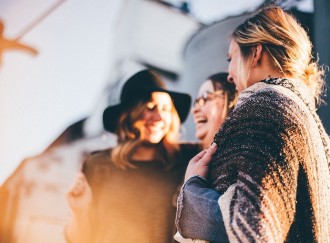 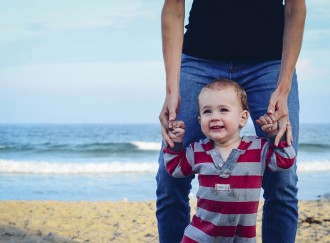 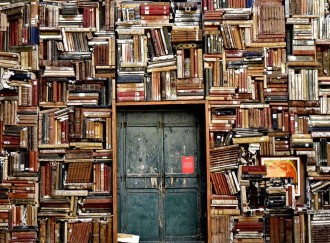 The Best Bookstores In The US Every Bookworm Must Visit 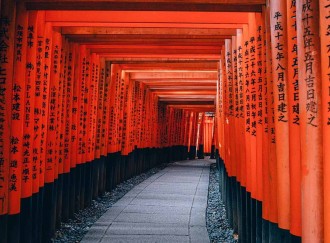 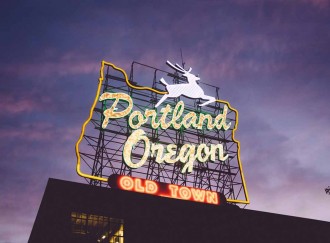