Airlines Are Not Required To Compensate Passengers For Delays Caused By Bird Strikes, Deemed ‘Extraordinary Circumstances’

It looks like passengers won't need to expect that airlines would compensate them for flight delays if the reason for the delay was bird strikes, where birds fly into contact with a plane. This is because judges in at the European Court of Justice consider this event as "extraordinary circumstances."

According to a report from The Telegraph, the court has ruled that bird strikes are not airline companies' fault, thus they're not required to compensate passengers when such an incident occurs. Bird strike is now part of Regulation 261/2004, which is the regulation that states airlines do not have to compensate passengers during "extraordinary circumstances," which are defined as incidents that cannot be avoided even if all possible measures to avoid it are already taken.

The report said that courts in Czech have called for the clarification if bird strikes should be part of the "extraordinary circumstances." The ruling, though, will likely have effects all across Europe, considering that a lot of people file claims for this kind of incident.

The solicitor involved, Bott & Co, said that thousands of claims from air travelers across Europe are placed on hold pending on the outcome of the ruling. Kevin Clarke, the legal expert of the company, said that "this is not the decision" they were hoping for.

He adds they are "disappointed" with the outcome, especially since their company has a good track record of "winning bird strike cases in the U.K." The Independent reports that Clarke said there was really "no precedent" for the judge to make this kind of decision.

"The judgment itself provides us with absolutely no clues or information," he said. The report adds that this is a big win for airline companies, considering that, aside from the possible damages to the plane, airlines could pay as high as £250,000 ($324,575) in compensation due to bird strike-causing delay. Check out what happens when birds get stuck in a plane's engine in the video below.

Nissan Signal Shield Could Be The Answer To Prevent The Use Of Mobile ...

Air Travel Tips: Difference Between A Personal Item And Carry-on ... 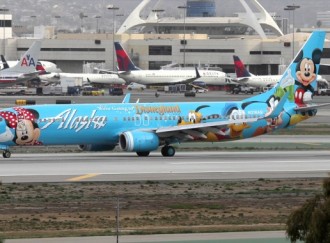