Ian Somerhalder and Nikki Reed came out to show support to a great cause in San Francisco last November 13. The couple is calling travelers to be responsible and kind in visiting and leaving the area.

WildAid, a pioneer in worldwide wildlife conservation, held its annual gala on November 12, at The Ritz-Carlton in San Francisco. The yearly event honored the nonprofit's 16 years of diligent work to end the illegal wildlife trade with remarkable support from its celebrity ambassadors. One of the most active among the supporters is the couple Ian Somerhalder and Nikki Reed.

WildAid honored actor and conservation hero and "The Vampire Diaries" actor Ian Somerhalder with its prestigious Wildlife Champion Award as the event's highlight. Previous award recipients included actress Maggie Q and Sir Paul McCartney. Somerhalder shared inspiration on how the travel community can become a strong voice for animals and the environment, simply by working out its purchasing power in ways that welfare the greater good. He said that now more than ever, the travel community is responsible not only for an incredible amount of fossil fuels and burning hydrocarbons but also for many animal products.

Peter Knights, WildAid Co-Founder, shared that the newest market research from China illustrates an 82 percent drop in shark fin imports between 2012 and 2015 as its crusade and as the government ban on shark fin at state banquets linger. Shark poaching has stopped altogether in the Galapagos Islands, where at one point 10,000 fins were seized in a solo shipment. This comes at the connection of two approaches those are helping governments enhanced enforcements of their protected areas, and sinking consumer demand, which has resulted in lower shark fin prices, shares Knights to Kind Traveler.

Yao Family Wines, founded by NBA Hall of Famer Yao Ming, introduced a new, limited edition wine on site to benefit WildAid and to memorialize Yao's 10 years of devotion to the organization. One hundred percent of these incomes go directly to WildAid. Individual bottles are $100 per 750mls and can be acquired via YaoFamilyWines.com.

Disneyland's Latest Attraction: Tower Of Terror Out, 'Guardians Of The...

Aloha Wanderwall: The Teenage Girl Who Traveled The World With Ford ... 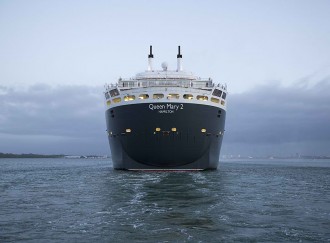