The Peculiar Case of The Vasa: The 17th Century Ship That Sunk Before It Sailed

The Vasa Museum in Stockholm, Sweden has become a tourist attraction with its display of the 17th Century Warship "The Vasa", who's ill-fated and short-lived voyage is an interesting story on its own.

According to the Museum's website, the ship was commissioned for construction by Gustav II Adolf, then called The Lion of the North, intended to be biggest and most equipped warship of the world. The Vasa was 69 meters long, 50 meters tall from the keel to the main mast and carries 64 cannons, 120 tonnes of ballast plus hundreds of 17th century sculptures.

The short and doomed sail of The Vasa happened on August 10, 1628. Not too far from the site where the ship was build, the voyage of the The Vasa was the shortest at approximatelt 1,300 meters only before it was drowned 32 meters below by the sea water that entered through open gun-ports. A tragic scene witnessed by the community and some invited foreign ambassadors.

Fast forward to August of 1956, or 328 years later, the ship was discovered by Anders Franzen, a fuels engineer, who persuaded the navy to look into the bottom of the sea. And there was "The Vasa", preserved by time and raw sewage that made the area inhabitable by shipworms or any even bacteria.

In June 21, 1990, the official "Vasa Museum", made by Swedish architects of Hidemark Månsson Arkitektkontor AB after winning against 384 proposals from all over Nordic regions, was unveiled to the public. The museum's centerpiece is the 17th century warship and exhibits all aspects of naval life in that particular period.

According to Stuff, The Vasa Museum is one of the most popular attraction when visiting Sweden or particularly, Stockholm. The website considers the ship as one with the famous "Titanic" with its disastrous fate or a bigger failure even. 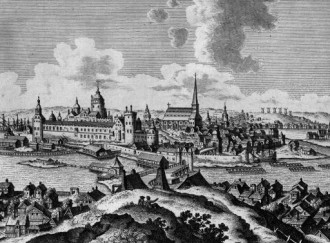