Late actor Paul Walker's brother, Cody Walker, is said to be willing to join 'Furious 8,' after Vin Diesel confirmed that a new film from the 'Fast & Furious' franchise is going to happen. In fact, it already has a release date and it's on April 14, 2017.

It can be noted that Cody Walker stepped into the franchise's latest release, 'Furious 7,' after his brother died of a terrible car accident. New York Daily News has learned that the 26-year-old aspiring actor is very open to work with Diesel and the cast and crew of the new flick. Interestingly, instead of filling in for his brother's shoes, Cody is said to join the team as a different character.

Since there are no confirmations yet, it's still early to tell whether Cody will really be part of the action-packed flick. Nevertheless, for fans who are already interested in Paul Walker's brother, here are 5 facts about the 'Furious 7' star:

1. Cody really has this big resemblance to his brother, Paul Walker.

If you haven't heard yet, Cody stepped into his late brother's shoes just so 'Furious 7' could wrap up filming. All thanks to their undeniable resemblance, the producers of the movie didn't have a hard time in looking for the double to play Paul's character in the flick.

According to Just Jared , Cody has this high regard for his late brother. The younger Walker has this big admiration for his brother. "He loved cars, but he had so many different passions, so many different loves. [He was] multi-faceted, [an] adventurer, spontaneous, obsessive-compulsive. He was a really great example for me," Cody Walker was quoted saying of his late brother.

Cody Walker reportedly graduated from La Canada High School in 2006. Following which, he went to University of California, Santa Barbara (UCSB) and finished college with a Bachelor's Degree in Cultural Anthropology.

Cody is actually a licensed paramedic after earning his Emergency Medical Technician (EMT) certification from University of California, Los Angeles Center for Prehospital Care. Sources say he moved to Oregon to become a paramedic. In June 2013, he realized that dream. He even worked in an ambulance for two and a half years.

After successfully filling in for his brother in 'Furious 7,' Cody is said to be taking the necessary steps in securing a professional acting career both in film and in television.  Cody is said to be working with Paul's manager Matt Luber of Luber Rocklin Entertainment, The Hollywood Reporter reports.

If Cody Walker would really become part of 'Furious 8,' fans will finally get to see his acting prowess without the need to take over a role that's originally portrayed by his late brother. 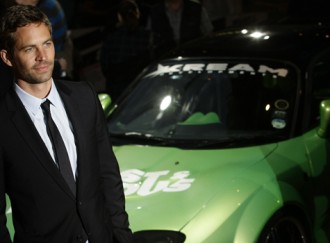 Featured Cars from the 'Fast and the Furious' movies