Michael Christian Martinez, the first Filipino and Southeast Asian figure skater to compete in the Winter Olympics came from the Philippines, a tropical country with a climate that doesn't experience snow. This country wasn't supposed to produce Winter Olympians, except when Michael Martinez became one. The 17-year-old has presented a beam of hope at the Olympic Games in Sochi, Russia.

With malls in the Philippines like SM Malls, shoppers and skating enthusiasts can don gloves and skates and experience how ice skating really is. Some may even to take lessons and learn how to glide like a pro on ice.

Over the years though, it seems that only Martinez has had the talent and determination needed to make it to the Olympics. He is the first Filipino at the winter games since 1992, and the first figure skater from Southeast Asia.

In an interview with NBCOlympics.com, Martinez described how he fell in love with the sport. "I saw skaters doing jumps and spins on the rink at the mall. After the first time I tried it, I loved the sport already."

Martinez seems to have been destined to take the sport as he took it since his asthma prevented him from playing any other outdoor sports. Having fallen in love with the sport, Martinez eventually took to skating at the mall rink once a week.

The Filipino skater said he feels proud because he has managed to defy naysayers who said he wouldn't be able to go to the Olympics because the Philippines is a tropical country.

"I feel proud because there are a lot of people who say that because we're a tropical country, we can't do this or we can't do that. But what I say to them is that I'll be the first one to skate in the Olympics. I'm proud of that," he said.

The 17-year-old Martinez has finished 19th among the top 24 who qualified for the Sochi Olympics. He got a score of 64.81 in the short program at the Iceberg Skating Palace. 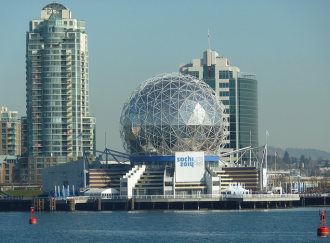 American Travelers Warned Of Security Concerns At Winter Olympics In ...