Before, when you hear Germany, the immediate picture that will come into your mind is the Nazi, Adolf Hitler, concentration camps, and many more. But that is different today, if you hear Germany, you can smell beer. Germany is one of the most notable countries in the world in terms of festivals. In fact, festivals of the country are one of the reasons for tourism.

Aside from foods and beers, Germany is also known for music and film. All these things are the main component of most festivals in Germany. Among those many festivals in the country, these are the bests for you to experience:

Oktoberfest in Munich is one of the most visited festivals in Germany. It attracts millions around the world to experience food, beer, parade, and live bands. The feast lasts to three weeks full of enthusiasm from parade carriages, to traditional costumes people wear during the festival. You can see large galloons of beers, music from large speakers around and happy people. The main area for the celebration is located at Theresienwiese, Bavariaring, 80336 München, Germany.

Karneval is like a costume party celebrated in the whole city, as people gather in the streets and dressed up, with wacky costumes. It lasts six days during February. Like Oktoberfest, Karneval is filled also with parties that almost every pub can be heard with loud music. The most identifiable feature of this festival is the costumes and the traditional music heard all around the city. The main area for the celebration is Heumarkt, Cologne, Germany.

Like the Karneval and Oktoberfest, Cansstatter Volksfest is also beer-and-food-filled festival that lasts for three weeks. It is started with street parade of horse-drawn brewery wagons and locals of traditional costumes. The festival is also filled with fairground attractions such as different Ferris wheels, roller coasters, and haunted houses. Its main area for the celebration is located at Cannstatter Wasen Stuttgart, Mercedesstraße, 70372 Stuttgart, Germany.

One of the largest film festivals in the world, Berlinale exhibits more than 400 films of different genres and lengths. Various programs and workshops are presented at European Film Market attended by more than 10, thousand professionals from 115 countries. The festival starts in Mid-February and lasts for 10 days. During these days celebrities may also visit Berlinale that fans could also see. The main area for the celebration is located at European Film Market, Potsdamer Straße 5, 10785 Berlin, Germany.

Germany's festival to celebrate music of Ludwig Van Beethoven, Beethovenfest is a music festival which attracts classical music enthusiasts. From first to third week of the festival, 60 concerts are held at more than 20 places in the town of Bonn. Guests may also like to see the popular places close to the main area such as Stadtmuseum Siegburg, St. Evergislus Cathedral and Beethovenhaus. The main area for the celebration is located at Beethoven-Haus Bonn, Bonngasse 20, 53111 Bonn, Germany.

These are just the 5 best Germany's festivals. The list could be endless here. Try visiting Germany on your next trip and get ready to join in all these festivals.

A Tourist Died While Taking A Selfie In The Middle Of A No-Speed-Limit... 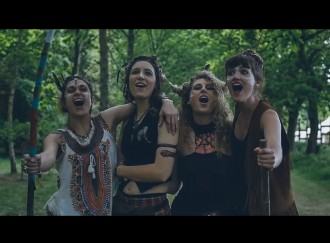 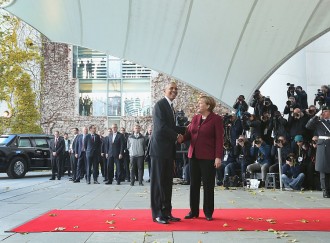 Obama To Head Next To Germany After Post-White House Vacation 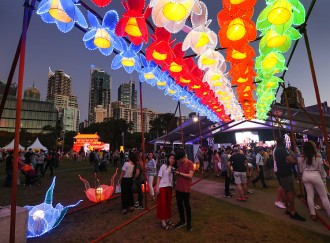 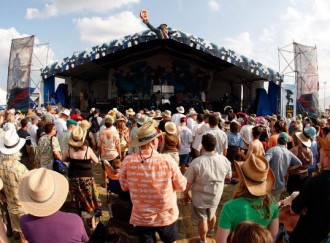