In a shocking turn of events, an FBI employee has traveled to Syria to marry an ISIS jihadi in 2014. Additionally, it was revealed that the rogue agent had access to top secret information which could put the United States vulnerable to attacks.

Daniela Greene reportedly deserted and traveled to Syria to marry the ISIS operative that she was tasked to investigate. Denis Cuspert, a German rapper-turned-jihadi has been a top recruiter for the organization under the name of Abu Talha al-Almani.

According to Indian Express, Cuspert once praised Osama bin Laden in a song and threatened then-president Obama with a throat-cutting gesture. Aside from actively recruiting new members to their cause, he has also appeared in the group's propaganda videos including one where he was shown holding a freshly severed head.

Prior to marrying Cuspert, federal records revealed that the 38-year old FBI employee lied about where she was going. Additionally, she reportedly warned her husband she was currently under investigation to throw off any suspicion from him.

However, soon after marrying the jihadi she quickly realized her mistake and fled back to the United States. After arriving she was promptly taken into custody on August 8, 2014, and agreed to cooperate with the authorities.

According to CNN, she pleaded guilty to making false statements involving international terrorism and was sentenced to two years in federal prison. She was released last summer with her exploits subsequently labeled as 'Greene's Saga,' a never publicized account of how the FBI fell victim to a breach in security that could have ha major repercussions to the country.

Authorities are still silent on whether or not Greene shared classified information with the terrorist organization. And after the favorable treatment received by this rogue FBI employee despite her treasonous actions, many are skeptical about what the government is actually doing in Syria.

Search For Anti-Trump Joseph Jakubowski Being Leveled Up, National ... 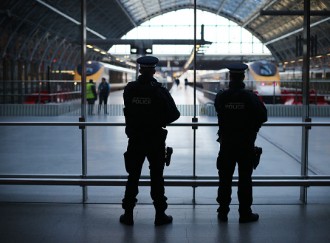 Terrorism: Avoid These Countries At All Cost!