The Frankfurt Airport in Germany is one of the largest airports in the world, as such, different nationalities with varying religions pass their terminal gates every day. In an effort to promote religious freedom, several religious leaders have backed up the idea of installing a "Hindu Prayer room" in the FRA.

The FRA already has nine chapels and Christian, Jewish and Muslim prayer rooms. They are located in both terminals and are open 24 hours a day to provide a safe space for praying passengers, according to Webdunia. They are also called "Places for Prayer and Tranquility".

Thousands of Hindu passengers use the FRA as well every day. That's why Zed, the President of Universal Society of Hinduism, as well as Elizabeth Webb Beyer, a prominent Jewish Rabbi in Nevada-California; Matthew T. Fisher, a well-known Buddhist leader; and Stephen R. Karcher, a senior Greek Orthodox Christian priest, in a remarkable show if interfaith gesture, have urged the authorities in FRA to install a prayer room for Hinduism devotees.

Zed said that this initiative would greatly benefit the Hindu passengers in FRA that needs a quiet facility to perform their religious services. Karcher, Beyer, and Fisher have also sought out Frankfurt AG Executive Board Chairman Dr. Stefan Schulte and Minister-President Volker Bouffier of the German state of Hesse to look into the matter more closely so that necessary prayer rituals wouldn't be missed by Hindu passengers.

If approved, Zed said he and other Hindu scholars would gladly help the airport with the important details of the prayer room during the construction. He also wishes that the room is complete with a traditional bell and recorded devotional music, statues of popular deities, once-a-week kirtan and daily arti session, and copies of sacred scriptures.

Aside from the FRA, Zed also urges other big airports in the world to consider this move as well, according to FTN News. Hinduism is the third largest and the oldest religion in the world, and constant prayer rituals are important to its devotees. 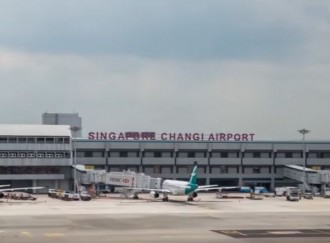 Best Airports In The World For 2017