"Prison Break" Season 5 is now one of the most anticipated TV series to this day and story is now about to enter another chapter after the anti-climatic back in 2009. The series was assumed to be finished until the actors, Wentworth Miller and Dominic Purcell went to Fox and proposed another season.

As we all know, Miller's character will be back from the dead. However, the show's creator Paul Scheuring teases on Twitter that the angel of death will still be busy in the upcoming season.

Fans have been informed in the previous trailers and visual that the escape expert Michael is still alive but incarcerated in a Yemeni prison called Ogyia as reported by Korea Portal. He is now portrayed as a notorious terrorist named Kaniel Outis who is known for his close ties with the terrorist group ISIL. Upon knowing his whereabouts, his brother Lincoln, assembled a team to go to a war-torn Yemen and bring him back home.

Breaking him out of Ogyia is one thing, but getting him out of the country will be a different level for Lincoln and the gang. Show maker, Scheuring teases curious fans on Twitter saying that they've got a whole lot of things to worry about. He confirmed that there will be deaths within the new season however, he didn't provide any clues on who specifically will meet his or her final moments.

In Scheuring's other post, he replied to a fan saying "...but what if Linc DOES die?" which is entirely no impossible considering the herculean task that he is aiming to accomplish. In earlier reports, he mentioned that "Prison Break" Season 5 will be "Odyssey" inspired. In the story, Odysseus came back home alone where all of his crew died in the long journey after the Trojan War which means that there will be lots of deaths in the upcoming season.

In other reports, Reggie Lee who played the villain Bill Kim in Season 2 is rumored to be coming back in Season 5. In an interview with Express, the Filipino-American actor clarified that he will not be reprising his role no matter how much he loved to come back. He said the rumors are not true and Bill Kim is dead somewhere at the bottom of a lake. 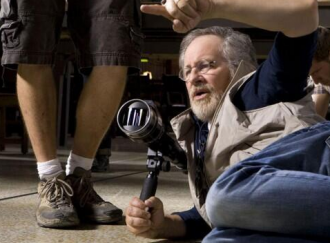