Ebola Airborne Virus A Possibility? Ebola Outbreak Could Worsen If Virus Mutates, Infected Cases Could Rise To 10,000 By December

Ebola airborne virus could become a possibility. A virologist claims that the virus that is only easily contracted through direct contact with an infected persons' blood and saliva could mutate into an airborne virus. This could only mean that the Ebola outbreak is out to worsen with the death count set to more than 4,000.

In West Africa alone, around 4,000 people have already died due to the Ebola outbreak. How exactly did it spread? According to a report by National Geographic, the first case was noted in a two year old child. The child exhibit the Ebola symptoms of diarrhea, vomiting and fever. The child died on Dec. only to be followed a week after by her mother, sister and grandmother. Direct contact with the blood, saliva and bodily fluids of the infected victims had led to the spread of the disease. Now, with Ebola having hit more than a thousand people, it could most likely mutate to an Ebola airborne virus.

Reports by a virologist, Dr. David Sanders, claim that an Ebola airborne virus is a likely possibility. Ebola could mutate and transfer from one victim to the next not by direct contact but through the air.

"So we actually have the data that show that Ebola enters into lung tissue from the airway side. This was done with human lung tissue. And it enters by the exactly same side of the cell as influenza enters cells. So it clearly has that inherent capacity to get into the lungs from the airway," stated Dr. Sanders. 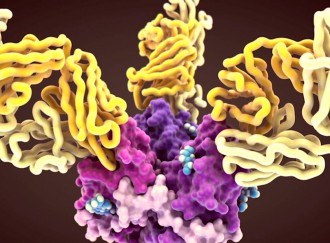 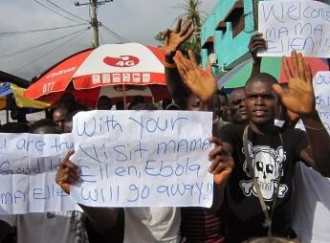