Breathtaking Mountain Ranges of the West 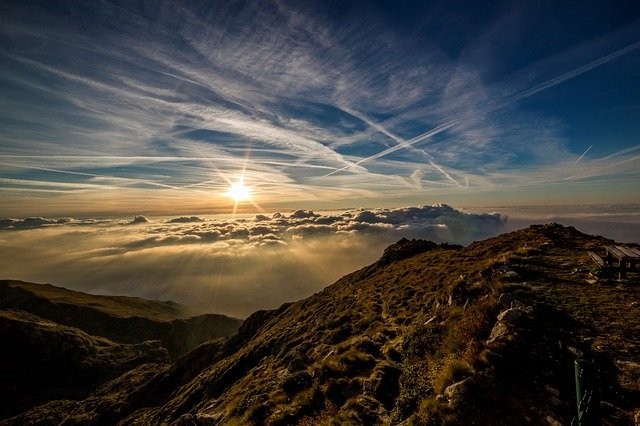 It's more than easy to fall in love with the mountains and for you to want to make them a part of your life. For many it's just a topic to read about, but some won't rest until they climb to the top of their favorite ranges. For others, the view of a mountain is enough to get them lost in thought and bring them closer to inner peace. Looking for your next favorite range but not sure where to start? Here's some examples of the best the West has to offer.

Containing a multitude of subranges, the Rockies span over 3,000 miles and are the largest mountain system in North America. Within Colorado's Rocky Mountain national park, there are over 300 miles of hiking allowing for any skill level to experience the gorgeous sights of the

Looking for the best town to experience the beauty of the Rockies? Consider Park City, Utah, which was home of the 2002 winter Olympics, and has 2 major ski resorts if that's your favorite way to experience all that nature has to offer.

In addition to the unforgettable mountain views, Park City is also the home to the Sundance Film festival. Planning a trip during the right time of year would allow not only for a spectacular view of the Rockies but also an exciting view into upcoming films.

A lifetime could be spent exploring California's mightiest mountain range. It's home to the tallest summit in the West, Mount Whitney, standing at over 14,000 feet.  Along this mountain range you will also find multiple national parks, Yosemite, Sequoia, and Kings Canyon.

Found along the state's eastern edge, and in proximity to Sacramento, finding your favorite among all the options for Woodland apartments would allow you to never be far from California's most beautiful mountain range.

Starting in Canada's British Columbia, the Cascades then extend from Washington and Oregon through to northern California. Famously known for the breathtaking sight that is Mount Rainier, which is considered to be one of the most dangerous volcanoes in the world due to high likelihood to explode in the near future. Of course, hopefully that doesn't happen and the breathtaking sight remains exactly as it is for decades and decades to come.

Also contained within the Cascades is Mount St. Helens, which exploded in 1980 and had continuous activity until 2008. Throughout that time it remained a popular hiking destination and is explored year round because of the breathtaking sight that is both from a distance and from the summit of St. Helens itself.