What to Know Before Visiting the U.S. 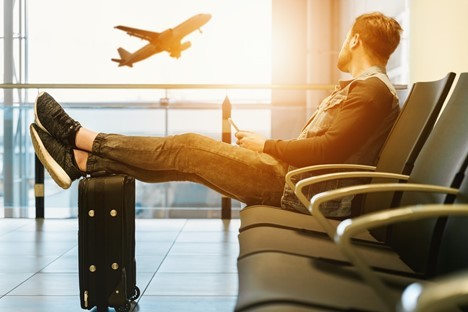 The pandemic brought global travel to a screeching halt. The world shut down, and so did travel. That meant people weren't traveling to or from the United States, but now there have been vaccine rollouts around the world.

Some countries are speeding ahead with their vaccination programs, including the United States and Israel, among others.

With vaccines will come an increase in global travel.

If you're outside of the U.S. and you hope to come at some point, what should you know?

The following are some of the big things for travelers coming to America.

Do You Need to Know English?

You can theoretically visit the U.S. without knowing any English, but it's a good idea to have some conversational skills.

When you have English conversational skills, it will make your travels easier and safer. You'll be able to navigate and figure things out, such as how to order at a restaurant and how to get an Uber for example.

If your trip isn't right away, you might want to take the time to brush up on your English conversational skills.

If you're visiting a bigger city, like Los Angeles, Dallas, or New York, you'll hear a lot of languages being spoken, and especially Spanish. The same is true in some southern locations like Miami, which is a very international city.

Then, there are other places where that's not as common.

Can You Enter the U.S. Right Now?

You may have to wait a little longer to come to the U.S. based on current travel restrictions. President Joe Biden issued several restrictions on travel entry, but there are exemptions.

If you've been in certain countries within 14 days before their trip may be denied entry.

The CDC has guidelines for people who have been in foreign countries and hope to enter the U.S. for a visit. First, if you're fullyvaccinated, the guidelines are getting tested 3 to 5 days after you travel and then following any state and local recommendations.

If you aren't vaccinated, you should get a viral test and self-quarantine for seven days after you travel.

The rules and guidelines change quickly, so make sure you're aware of them. You also have to think about the requirements for getting back into your home country.

Understand The Region Where You're Going

The south has a lot of mountains, rivers, and lakes. It tends to operate at a slower pace than some other parts of the country, although there are big southern cities including Miami, Atlanta, Charlotte and Nashville.

The west coast and the northeast tend to be more densely populated than the south and faster-paced.

If you've never been to the U.S., you might expect that every region or area looks the same, or that it's a similar travel experience, and the fact is that it's a very diverse country in all ways.

Most People in the U.S. Tip

One of the biggest adjustments for some overseas travelers to the U.S. is the tipping culture, especially when you're dining out. It's also customary to tip if you valet your car, if you get a service like a manicure or haircut, and if you just get a drink in a bar.

The higher your tip, the more you're saying that you were happy with the service you received.

If you're an international traveler who hopes to come to the U.S., you should give yourself time to sort out your visa. If you don't have the right visa and you show up at the U.S. border, you'll be denied entry.

Some travelers qualify for the ESTA, which stands for the Electronic System for Travel Authorization.

That is a 90-day visa waiver, and it's available to citizens of member countries, which include most European countries, Japan and Australia. You can use this for business or leisure travel for 90 days or less, as long as you have an approved application and a valid passport.

It only takes around 20 minutes to fill out the application online, and when you're approved, the ESTA is valid for two years.

It's strongly advised that you get travel insurance before going to the U.S. If you were to get hurt or sick, health care costs are very expensive.

Just an ambulance ride can be thousands of dollars, as can a trip to the emergency room for something seemingly simple.

If you have travel insurance, you can protect yourself somewhat.

Try to Visit a National Park

The National Parks in the U.S. really are beautiful and amazing. If you have a chance to see one, do it.

In the south, one of the most popular is Great Smoky Mountains National Park, but there are options across the country.

If you're going to be visiting a bigger city, you might be able to get away without having a car, but even in some cities like Dallas or Nashville, you'll probably need one.

If you're going to a smaller city, or you want to travel between locations, you'll absolutely need a car.

America is a car-centric country, and outside of New York, the public transportation options are pretty limited. Everything is spread out, so financially, taking an Uber or cab often doesn't make sense.

The easiest way to do things is to rent a car.

Give yourself a quick refresher on the rules of the road in America before you go, and if you're a pedestrian outside of a big city, be careful because it's not always something U.S. drivers are accustomed to.